Behind The Pages #11 - Everything That Makes You by Moriah McStay

Welcome to my new Behind The Pages post! You can find last month's post of this feature, with Sara Raasch and Snow Like Ashes, here. Today I'm sharing four pages Moriah McStay annotated from her debut novel EVERYTHING THAT MAKES YOU. A fantastic 2015 release!

One girl. Two stories. Meet Fiona Doyle. The thick ridges of scar tissue on her face are from an accident twelve years ago. Fiona has notebooks full of songs she’s written about her frustrations, her dreams, and about her massive crush on beautiful uber-jock Trent McKinnon. If she can’t even find the courage to look Trent straight in his beautiful blue eyes, she sure isn’t brave enough to play or sing any of her songs in public. But something’s changing in Fiona. She can’t be defined by her scars anymore.

And what if there hadn’t been an accident? Meet Fi Doyle. Fi is the top-rated female high school lacrosse player in the state, heading straight to Northwestern on a full ride. She’s got more important things to deal with than her best friend Trent McKinnon, who’s been different ever since the kiss. When her luck goes south, even lacrosse can’t define her anymore. When you’ve always been the best at something, one dumb move can screw everything up. Can Fi fight back? 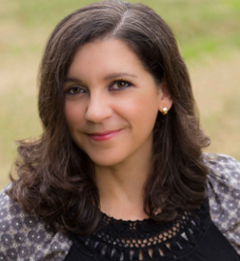 Moriah McStay grew up in Memphis, TN, where she acquired a come-and-go drawl and a lifelong love of cowboy boots and fried pickles. She attended Northwestern University and the University of Chicago. Two graduate degrees and seven jobs later, she finally figured out what she wants to be when she grows up.

EVERYTHING THAT MAKES YOU is her first novel, and she's probably at home right now working on another one. (Goodreads)


Everything That Makes You by Moriah McStay 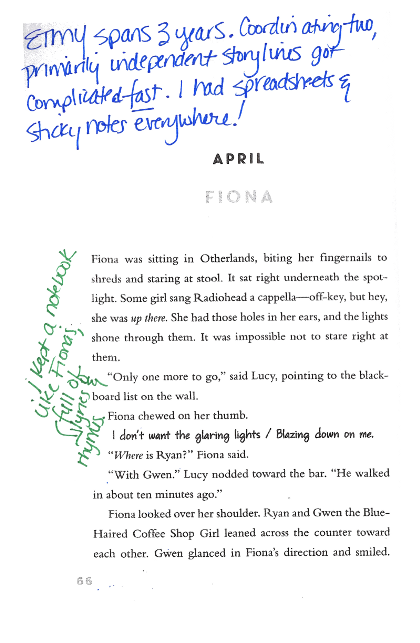 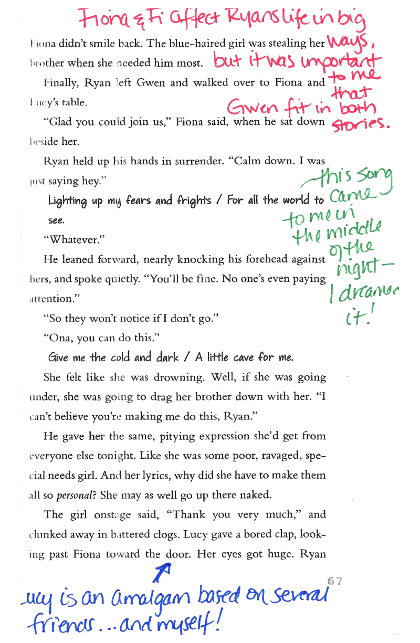 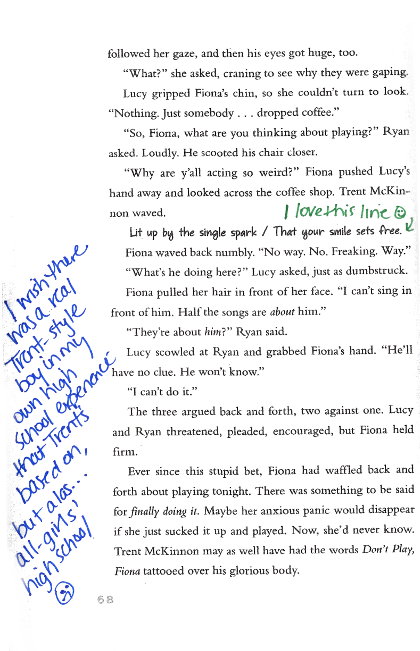 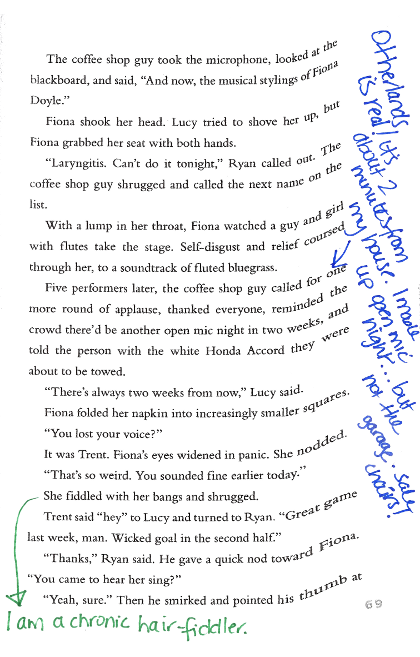 Snap Shots
Moriah sent me a few pictures of Otherlands, which is a real coffee shop. While she was writing EVERYTHING THAT MAKES YOU, she didn't have an office yet and most of the book was written and edited at Otherlands! 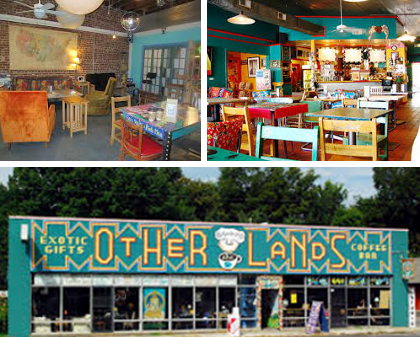 
Soundtrack
Here’s a list of some songs Moriah thinks Fiona would probably have on her iPod. Fi isn’t a big music person—she’d be looking at apps for sports stats!

"Falling in Love At A Coffee Shop" by Landon Pigg
"The Child is Gone" by Fiona Apple
"Good Man" by Josh Ritter
And anything by Neko Case and Amy LaVere!

Email ThisBlogThis!Share to TwitterShare to FacebookShare to Pinterest
Labels: Behind The Pages, Everything That Makes You, Moriah McStay
Newer Posts Older Posts Home
Subscribe to: Posts (Atom)