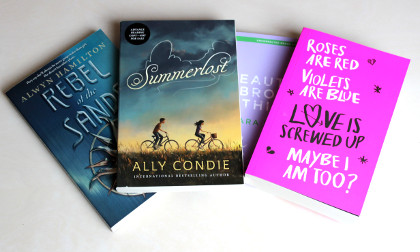 I'm kicking-off my first giveaway in 2016 today and am very excited for you to win and read these four beauties pictured above! They are ARCs I got at Frankfurt Book Fair last year and the copy of Holly Bourne's newest release was sent to me by Usborne. The giveaway is international and ends on February 23rd (my birthday). There will be 4 winners, just tell me which ARC you'd like to win in the widget. Good luck!

Rebel of the Sands by Alwyn Hamilton


She’s more gunpowder than girl—and the fate of the desert lies in her hands.
Mortals rule the desert nation of Miraji, but mystical beasts still roam the wild and barren wastes, and rumor has it that somewhere, djinni still practice their magic. But there's nothing mystical or magical about Dustwalk, the dead-end town that Amani can't wait to escape from.
Destined to wind up "wed or dead," Amani’s counting on her sharpshooting skills to get her out of Dustwalk. When she meets Jin, a mysterious and devastatingly handsome foreigner, in a shooting contest, she figures he’s the perfect escape route. But in all her years spent dreaming of leaving home, she never imagined she'd gallop away on a mythical horse, fleeing the murderous Sultan's army, with a fugitive who's wanted for treason. And she'd never have predicted she'd fall in love with him...or that he'd help her unlock the powerful truth of who she really is.


I was brave
She was reckless
We were trouble
Best friends Caddy and Rosie are inseparable. Their differences have brought them closer, but as she turns sixteen Caddy begins to wish she could be a bit more like Rosie – confident, funny and interesting. Then Suzanne comes into their lives: beautiful, damaged, exciting and mysterious, and things get a whole lot more complicated. As Suzanne’s past is revealed and her present begins to unravel, Caddy begins to see how much fun a little trouble can be. But the course of both friendship and recovery is rougher than either girl realises, and Caddy is about to learn that downward spirals have a momentum of their own.


It's the first real summer since the devastating accident that killed Cedar's father and younger brother, Ben. But now Cedar and what’s left of her family are returning to the town of Iron Creek for the summer. They’re just settling into their new house when a boy named Leo, dressed in costume, rides by on his bike. Intrigued, Cedar follows him to the renowned Summerlost theatre festival. Soon, she not only has a new friend in Leo and a job working concessions at the festival, she finds herself surrounded by mystery. The mystery of the tragic, too-short life of the Hollywood actress who haunts the halls of Summerlost. And the mystery of the strange gifts that keep appearing for Cedar.

How Hard Can Love Be? by Holly Bourne


All Amber wants is a little bit of love. Her mum has never been the caring type, even before she moved to California, got remarried and had a personality transplant. But Amber's hoping that spending the summer with her can change all that.
And then there's prom king Kyle, the guy all the girls want. Can he really be interested in anti-cheerleader Amber? Even with best friends Evie and Lottie's advice, there's no escaping the fact: love is hard. 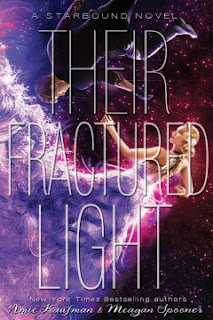 A year ago, Flynn Cormac and Jubilee Chase made the now infamous Avon Broadcast, calling on the galaxy to witness for their planet, and protect them from destruction. Some say Flynn’s a madman, others whisper about conspiracies. Nobody knows the truth. A year before that, Tarver Merendsen and Lilac LaRoux were rescued from a terrible shipwreck—now, they live a public life in front of the cameras, and a secret life away from the world’s gaze.

Now, in the center of the universe on the planet of Corinth, all four are about to collide with two new players, who will bring the fight against LaRoux Industries to a head. Gideon Marchant is an eighteen-year-old computer hacker—a whiz kid and an urban warrior. He’ll climb, abseil and worm his way past the best security measures to pull off onsite hacks that others don’t dare touch.

Sofia Quinn has a killer smile, and by the time you’re done noticing it, she’s got you offering up your wallet, your car, and anything else she desires. She holds LaRoux Industries responsible for the mysterious death of her father and is out for revenge at any cost.

When a LaRoux Industries security breach interrupts Gideon and Sofia’s separate attempts to infiltrate their headquarters, they’re forced to work together to escape. Each of them has their own reason for wanting to take down LaRoux Industries, and neither trusts the other. But working together might be the best chance they have to expose the secrets LRI is so desperate to hide.

THEIR FRACTURED LIGHT was one of my most anticipated books to be released in 2015. It's been a long wait until I could finally start the third book in the STARBOUND trilogy but it was so worth it! In each instalment Amie Kaufman and Meagan Spooner introduced us to a new pair of protagonists who were always very likely to fall in love. And THEIR FRACTURED LIGHT is no different. We have the pleasure to meet Sofia, a real con artist, and Gideon, the universe`s most skilled hacker. Their first meeting is just as explosive and heated as Lilac and Tarver and Jubilee and Flynn's first encounters in the previous books. What a dynamic jump into the story!

What I loved most about THEIR FRACTURED LIGHT is that we get to meet our two other favourite STARBOUND couples again. Lilac and Tarver have been there from the very beginning of the story and they are there when it all comes to an end. Just like Jubilee and Flynn, who are at the side of their best friends when the final battle decends upon them. Sofia and Gideon are the perfect addition to this group of friends. They fit together so naturally you can't but adore them.
Amie Kaufman and Meagan Spooner write the best characters anyway! Their writing in general is so vivid and strong I can't help getting sucked into their stories again and again... and again.

So much has happened since THESE BROKEN STARS and I couldn't be happier about THEIR FRACTURED LIGHT finally uniting the stories of our six beloved STARBOUND protagonists. The conspiracy dots are connecting to constellations and the story is striving towards a finale like a super nova. In the end THEIR FRACTURED LIGHT is a brilliant and very fulfilling conclusion to the STARBOUND series, solving the mystery of the whispers we encountered in the first book and inducing the big showdown of our friends against the power-hungry Roderick LaRoux.

THEIR FRACTURED LIGHT has so much to offer. We get to explore the planet of Corinth, which creates a rich and diverse background to our story. There is this very sweet love story between Sofia and Gideon and the friendship between all of our STARBOUND heroes. In addition lots of hacking business, chases and battles are upping the thrill factor to maximum.
The stories of THESE BROKEN STARS, THIS SHATTERED WORLD and THEIR FRACTURED LIGHT connect to one big and brilliant reading experience. And the last book in the STARBOUND series really ends on a beautiful and hopeful message. Thank you Amie and Meagan!

5/5 ***** THEIR FRACTURED LIGHT - A stellar, quick-witted and very beautiful conclusion to my favourite space trilogy!

With the STARBOUND trilogy Amie Kaufman & Meagan Spooner created a marvellous reading experience for every fan of...well, words. Yes, THEIR FRACTURED LIGHT and its companions are that good! I'm in love with every fibre of Amie and Meagan's STARBOUND universe!

"I slide my other hand past the hacker's lap, toward the door controls, the movement quick but smooth. The driver's going to get over his confusion and outrage at some point, and I need to get the door open so we can bolt. I'm about to palm the scanner when the boy's lips curve under mine  – he's smiling, grinning – and it's the only warning I get before he's parting his lips and taking full advantage of my ploy by trying to stick his tongue down my throat.
Asshole." – p. 32

THEIR FRACTURED LIGHT you might enjoy AVALON by Mindee Arnett, ACROSS THE UNIVERSE by Beth Revis and  GLITCH by Heather Anastasiu. 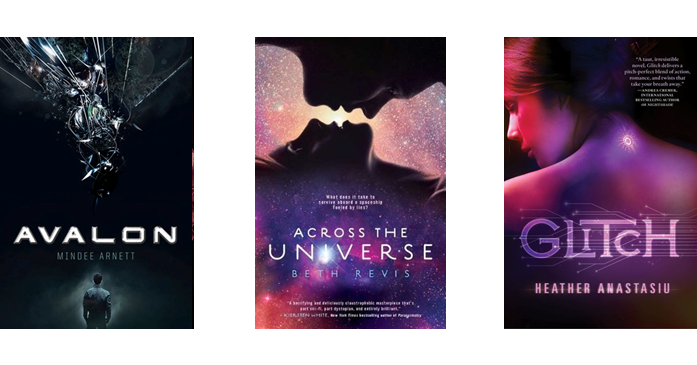 * Read THIS NIGHT SO DARK, the prequel to THIS SHATTERED WORLD.

* Click here to read an excerpt of THEIR FRACTURED LIGHT!

* For more information about Amie and Meagan visit www.meaganspooner.com and www.amiekaufman.com. 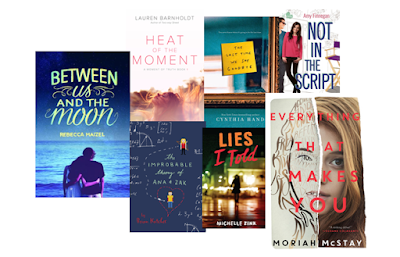 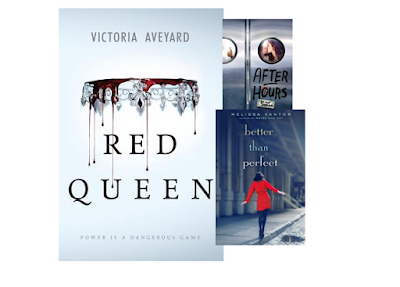 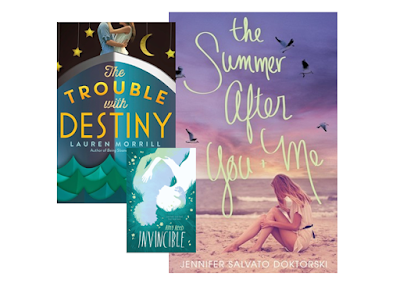 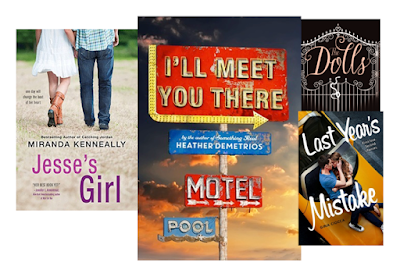 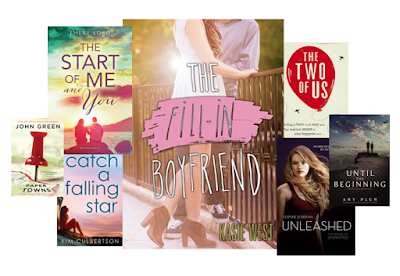 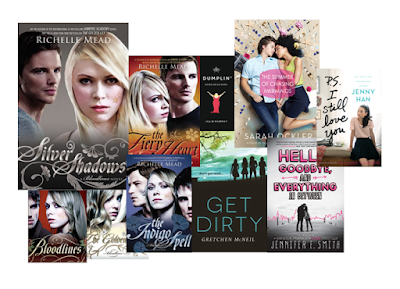 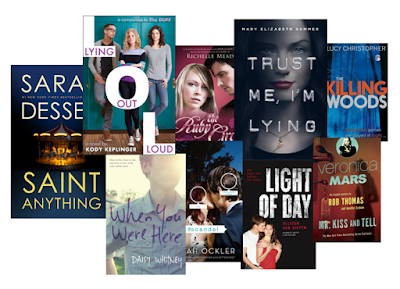 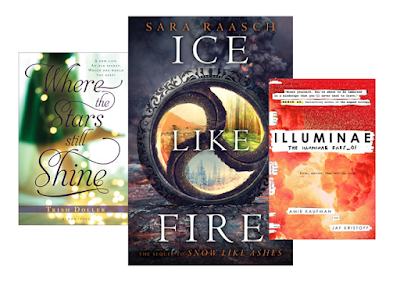 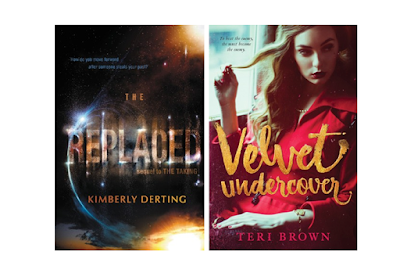 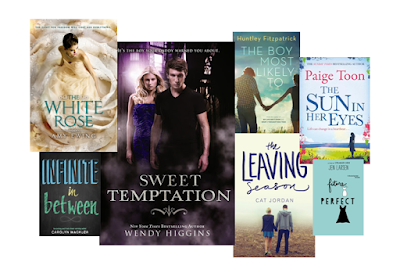 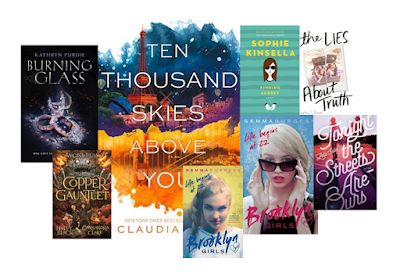 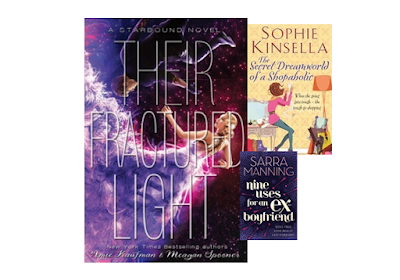