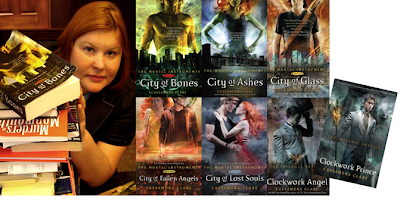 One week ago I got the chance to meet one of my favourite authors in person. I still can't believe that she came to Cologne! I'm talking about the author of the THE MORTAL INSTRUMENTS and THE INFERNAL DEVICES series, Cassandra Clare.

I had been looking forward to that day for a few months and was not surprised what a sweet, funny and awesome person Cassandra Clare is. She read a scene from CITY OF FALLEN ANGELS and CITY OF LOST SOULS (No joke!!). In between she answered a ton of questions. I tried to collect the most interesting. You can read the Q&A below. I'm so happy that I brought all my English editions of Cassie's books, because she took the time to sign every single one of them after the reading. The event was on a ship on the Rhine and every fan left with every single book, book mark, picture etc. they brought to sign signed. Cassie spent over 2 hours signing our books!!! And she took the time to talk to everyone!! Did I mention how awesome she is?! 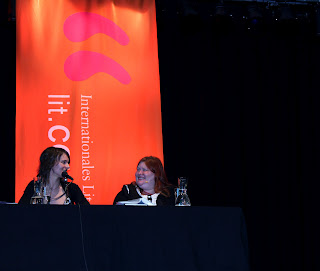 Who protected the humans before the Shadowhunters were born?

Nobody, it wasn’t necessary.

In CITY OF BONES there is a scene in which Jace mentions running naked down Madison Avenue with antlers on his head. How did that happen?

(For those of you who cannot remember the scene. Here’s a quote from CITY OF BONES:

“Don't order any of the faerie food," said Jace, looking at her over the top of his menu. "It tends to make humans a little crazy. One minute you're munching a faerie plum, the next minute you're running naked down Madison Avenue with antlers on your head. Not," he added hastily, "that this has ever happened to me.” )
It has to do with faeries (of course!). Jace will tell Clary in CITY OF LOST SOULS about that story. 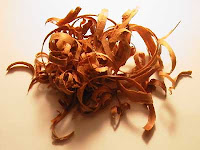 That’s the best question she got asked on her Germany tour. The answer: sandalwood

How did Cassie find the inspiration for THE INFERNAL DEVICES?

Cassandra Clare walked along the Thames after visiting her publisher and saw the Blackfriars bridge. She thought about how much longer it would last than any of us humans. It was a foggy, bit rainy day in London and she imagined a boy and a girl standing on that bridge, clockwork creatures coming for them. When she came back home, she started writing what we know as CLOCKWORK ANGEL today.

Are Sebastian and Jace one person now?

To answer that question Cassandra read an excerpt from CITY OF LOST SOULS (you can view it below)!!

Who would Cassie want to play Valentine in the movie?

Filming will start in August 2012. Officially cast are Lily Collins as Clary and Jamie Campbell Bower as Jace.

Someone suggested Adam Lambert as Magnus, but Cassie told us that he’d be way too old by the time the whole movies were shot.

Is the THE DARK ARTIFICES series just an idea or an actual project?

The first book in the THE DARK ARTIFICES series is named LADY MIDNIGHT and comes out 2015. The new series is already sold and Cassie has outlines written.

Is there a difference between Cassie's fans worldwide?

Yes, there is. Cassie told us that British fans were very polite, like "Hello Cassandra, thank you for writing the books" *handshake*. The Mexican fans wanted to hug her. The Spanish fans wanted to talk about love and passion. The German fans did ask very detailed questions that showed that they read the books carefully. 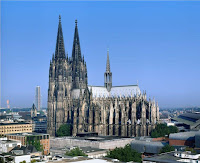 Can there please be an Institute in Cologne?

Oh, that would need a petition to the Clave. But if there was an Institute in Cologne, she was sure it would be in the Cathedral.

What to do when you have writer’s block?

Try to at least write 100-200 words per day. Cassandra Clare compared the situation with a disease Dr. House has to identify with his three (very attractive) assistants. Cassie likes to meet with her best friends (also very attractive) and starts to write down all the info about a problematic scene, e.g. characters, events, significant elements, problems that need to be solved etc. Don’t give up!

I'm so happy that I got my THE MORTAL INSTRUMENTS and THE INFERNAL DEVICES books signed. Love the Cassie Clare approved marriage proposal from Jace in my copy of CITY OF BONES, haha. It says: "hello from Jace...would you like to be Mrs. Wayland?" (You know the answer, right?!)


Cassandra Clare reading an excerpt of CITY OF LOST SOULS

Info: Jace has been missing for a while and Clary has gone to the institute to retrieve something for the Seelie Queen. Enjoy ;)