Book Review: The Impossibility of Tomorrow (Incarnation #2) by Avery Williams 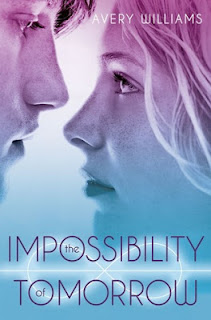 The immortal Seraphina is forced to face the darkness of her past—and risk losing the love of her life—in this second novel in the Incarnation series.

Seraphina has been living for centuries, thanks to a special method of alchemy, but only recently has she really felt alive. She’s finally broken free from her controlling boyfriend, Cyrus, and after years of swapping bodies to preserve her immortality, is happily settled into a life worth sticking with. Because in this life, she has Noah.

But Noah might not be as trustworthy as he seems. After he delivers an ominous message that could only come from Cyrus, Sera is worried that her new friends and family will find out her secret. And as her suspicions extend beyond Noah, Sera is forced to wonder about her new friends as well: Could her old coven be disguising themselves right under her nose?

Will Sera have to move to another body—and take another life—or can she find a way to keep what she’s got, forever?

After the cliffhanger THE ALCHEMY OF FOREVER ended with I couldn't wait to read its sequel. Believe me, if you have the chance, you want to read the two INCARNATION books back to back because they both are so unbelievably irresistible. I was surprised and elated to find out the second book had about one hundred pages more than the first which guaranteed so much more freaskishly frightening reading fun.

Incarnates are souls that have lived for centuries. They possess the ability to take over the body of any human being they come near enough to do the transfer. Sera was one of them once, but not anymore. In THE ALCHEMY OF FOREVER she left her coven and her possessive boyfriend Cyrus for good and took over one last body on her escape. And with it the life of sixteen-year-old Kailey. She goes to school, hangs out with her friends and falls in love with Noah.

It should all be about the undying love between Cyrus and Seraphina, who met hundreds of years ago and have been together for almost all of their immortal lives. Rudely phrased, Cyrus is a jerk that has lived way too long to be granted another chance in life. So it's only fair that Sera was lucky enough to begin a new life on her own and that she found Noah.
And the sweetness that's Noah, her boyfriend from next door! You won't be able to resist him. Sera and Noah's love story is an epic one.

Sera is such a kind soul. She's lived all these different lives and has been to so many different places all over the world, still it seems this new life as Kailey is an entirely new thing to her. She's never felt so accepted and loved before and you can't but be happy for her. Now Sera has to deal with all the problems Kailey left behind and get to know the people who were important to the mysterious teenage girl that was Kailey.

The alchemy part and the power to transfer your soul into another body still fascinated me so much. But the fact that every time a new body was possessed, the person would die and the old body disintegrate to dust scared me pretty much. So a new murder case was caused every time Cyrus, the crazy immortal stalker ex of Sera, changed bodies. He sure leaves a path of death on his mission to find Sera's new body.

Not knowing whose body Cyrus would have possessed by then, was creepy. It was like a very elaborate game of hide and seek. You automatically suspected everyone around Sera who acted
strange. I started analysing every sentence and motif. And these little hints and threats Cyrus leaves all around town? The game he's playing couldn't be more terrifying.
Also, how dare Cyrus endanger Sera and Noah's future together? You just want to kick him and rip him apart for the dread and fear he puts into Sera and thereby sabotages Sera and Noah's relationship at some point. You sabotage their relationship and you have to report to me!

You know I loved THE ALCHEMY OF FOREVER very much (read my review here), so you also know what it means when I say that THE IMPOSSIBILITY OF TOMORROW was even better than the first book. How is that even possible? Avery Williams doubled the package of awesomeness she installed in her first INCARNATION book. She added some more mystery, thriller. Plus the romance is something to be eternally enarmored with. Avery Williams always keeps the story exciting. You never know what comes next and especially who or what is waiting around the next corner. Love or death.

Sera's story doesn't find a complete wrap-up in this sequel, so it's only natural I have the hugest hope for a sequel to follow THE IMPOSSIBLITY OF TOMORROW!

5/5 ***** THE IMPOSSIBILITY OF TOMORROW – The most astounding and thrilling game of hide and seek. This is a YA love like no other!

There's no chance you'll get around this stunning sequel to THE ALCHEMY OF FOREVER! Avery Williams spun an elaborate and magnificient story around the essence of souls, incarnation and alchemy and gifted readers with one of the most adoring and timeless love stories of YA. But never fear thrill-seekers, Sera's ex Cyrus has never been more dangerous and unpredictable than in THE IMPOSSIBILITY OF TOMORROW. This is a read for your mind, heart and soul!

* Have you read THE ALCHEMY OF FOREVER, the first book in the INCARNATION series?

* Read an excerpt of THE ALCHEMY OF FOREVER here.

* Click here to watch the book trailer of THE ALCHEMY OF FOREVER.

* Click here to learn more about the characters of the series.

* Thanks to Kat and Simon & Schuster UK for sending me a copy of THE IMPOSSIBILITY OF TOMORROW for review!
Posted by Miss Page-Turner at 5:50:00 PM