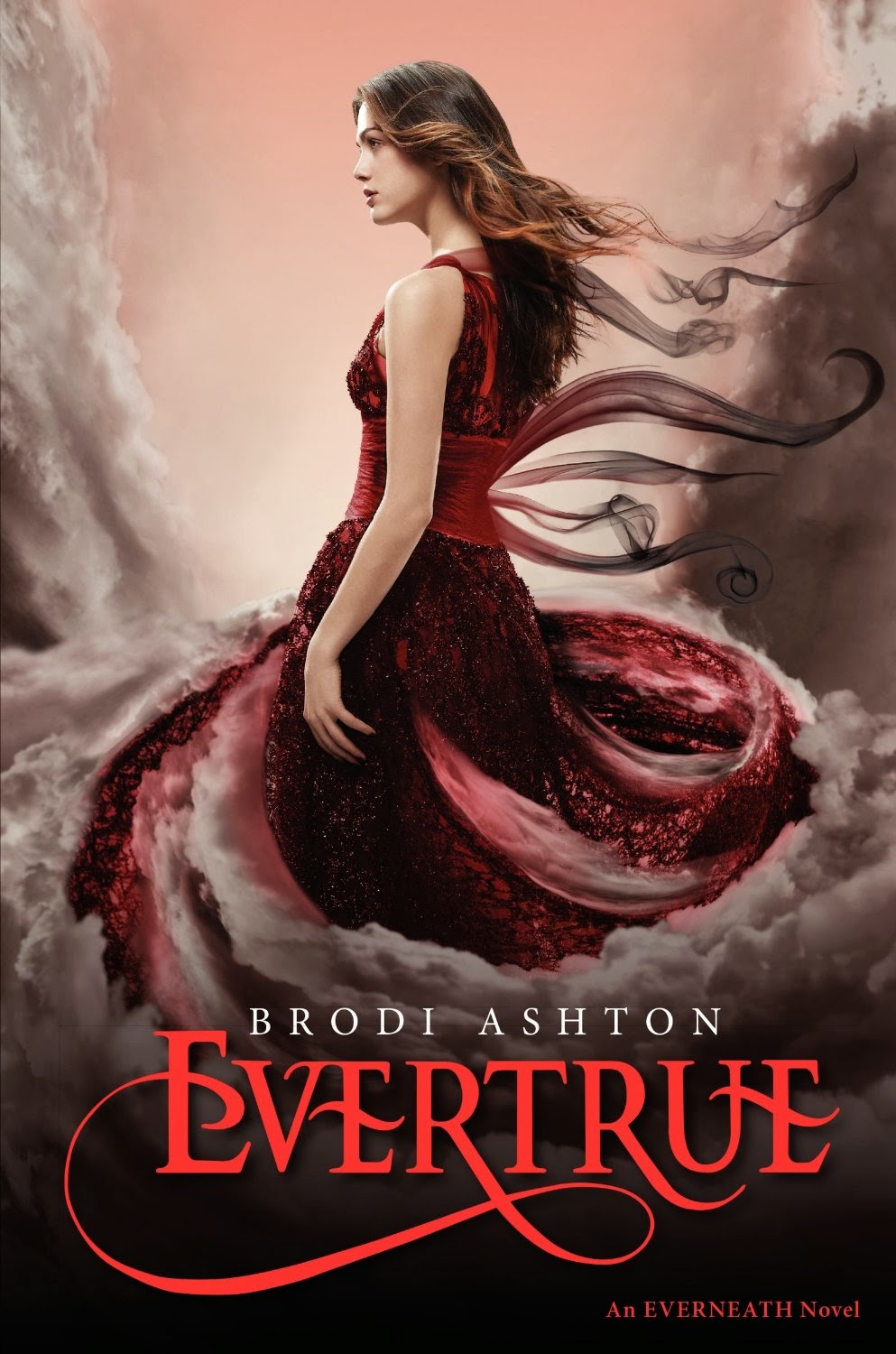 
Now that Nikki has rescued Jack, all she wants is to be with him and graduate high school. But Cole tricked Nikki into feeding off him, and she’s begun the process of turning into an Everliving herself... which means she must feed on a Forfeit soon — or die.

Terrified for her survival, Nikki and Jack begin a desperate attempt to reverse the process using any means possible. Even Cole, who they expected to fight them at every turn, has become an unlikely ally — but how long can it last? Nikki needs to feed on Cole to survive, Cole needs Nikki to gain the throne in the Everneath, Jack needs Nikki because she is everything to him — and together, they must travel back to the Underworld to undo Nikki’s fate and make her mortal once more. But Cole isn’t the only one with plans for Nikki: the Queen has not forgotten Nikki’s treachery, and she wants her destroyed for good. Will Nikki be forced to spend eternity in the Underworld, or does she have what it takes to bring down the Everneath once and for all?

In this stunning conclusion to the Everneath trilogy, Brodi Ashton evokes the resiliency of the human spirit and the indomitable power of true love.

Isn't Nikki's declaration of war at the end of EVERBOUND inflammatory and rousing? Take the whole Everneath down and dethrone the evil queen, who often reminded me of Maleficient from Sleeping Beauty, seems like this impossible and ultimate challenge. How does she intend to do that? What about the dangers that will be awaiting them on their way?
I couldn't wait to find out what would be happening in the conclusion to her story, can you?  Nikki practically mobilises the reader to support her no matter what. And so I grabbed EVERTRUE right after I finished reading EVERBOUND and prepared myself for a strategic meeting with Nikki and Jack.

Brodi Ashton included a mean condition into Nikki surviving the Everneath a second time and so we are quasi burdened with Cole as an additional member of the resistance. You know he isn't my favourite book boy. Like Jack and Nikki got their flashbacks of important moments of the past in the second book, Cole, too, showed us memories that were of importance for his life and first impressions of Nikki in book three now.
Sadly the cool rock star lost a great deal of his authenticity, smashing wit and sarcasm. But one could also see it as some kind of transformation, a way for him to go back to his roots. I didn't mind as much as Team Cole readers might because I'm Team Jack anyway and he was as understanding and sweet as ever.
Nikki and Jack's love was still strong and many times they had small but significant moments to show what they feel for each other. Jack was never anything but swoon-worthy and there wasn't a time in which I didn't want more of him, more for him and Nikki.

EVERTRUE is the third and last part of Nikki's story in the Everneath and the part that somehow I didn't enjoy as much as the two parts before it. In EVERNEATH and EVERBOUND we always learned something new about the Everneath and made great discoveries with Nikki and her fellow travellers. In this last instalment the discoveries didn't feel so grand and stunning anymore. The absolutely amazing labyrinth from EVERBOUND could be the reason why I was harder to impress in the third book, it totally spoiled me.

Throughout the entire story the task that Nikki and her two boys had to master or the trials they were willing to face, seemed always much bigger, too big, for the three of them and I wasn't entirely convinced by the ways they found to get over the finish line.

But don't get me wrong, I still enjoyed the time I got to spend with Nikki and Jack in EVERTRUE. The ending was quite a stunner. Brodi Ashton solved the conflict between Nikki and the Everneath and Cole and Jack fighting for Nikki in an almost poetic way, giving her characters the chance to show strength, courage and empathy.

4/5 **** EVERTRUE - The daring and ultimate quest of underworld explorer trio  Nikki, Jack and Cole will leave no reader cold.

Can't wait to see which new world Brodi Ashton comes up with next. I'm open for anything but I wouldn't mind another story influenced by Greek mythology, I'm very into that lately. If you haven't had the chance to read Brodi's EVERNEATH books before, you should use your chance and read all three back to back. Right now!

EVERTRUE you might also enjoy  STARCROSSED by Josephine Angelini, THE GODDESS TEST by Aimée Carter and SWEET VENOM by Tera Lynn Childs, all influenced by Greek mythology.

* Can't get enough of the Everneath? Then you should read the NEVERFALL novella.

* Read an excerpt of EVERNEATH here.

* For more information about Brodi and her books visit www.brodiashton.blogspot.com.

* A huge thanks to Harper Collins International for providing me with an ARC of EVERTRUE!