Blog Tour: Jewel of the Thames by Angela Misri Q&A

Today I'm welcoming Angela Misri on the blog. I got to ask the author of JEWEL OF THE THAMES 11 questions for my stop of the Baker Street or Bust blog tour. Thanks to Colleen for organizing the blog tour and to Angela for answering all the questions I sent her way. It's been a while since I've read a few of Sherlock Holmes' adventures and so JEWEL OF THE THAMES was a welcome reminder of how fun detective stories can be. Portia Adams is the woman you should consult if you are looking for your next YA book! 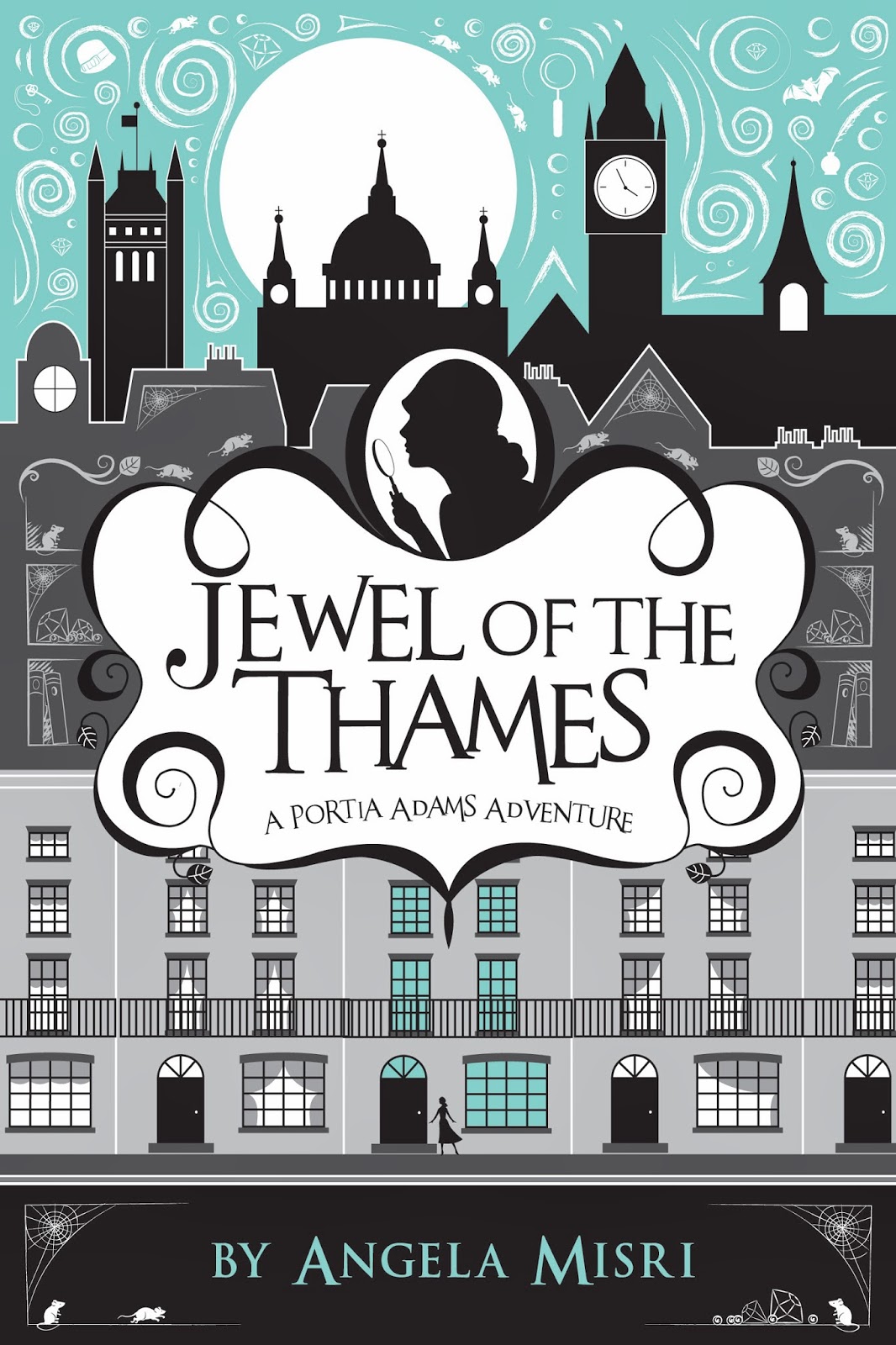 Set against the background of 1930s England, Jewel of the Thames introduces Portia Adams, a budding detective with an interesting — and somewhat mysterious — heritage.

Nineteen-year-old Portia Adams has always been inquisitive. There’s nothing she likes better than working her way through a mystery. When her mother dies, Portia puzzles over why she was left in the care of the extravagant Mrs. Jones but doesn’t have long to dwell on it before she is promptly whisked from Toronto to London by her new guardian. Once there Portia discovers that she has inherited 221 Baker Street — the former offices of Sherlock Holmes and Dr. Watson.

Portia settles into her new home and gets to know her downstairs tenants, including the handsome and charming Brian Dawes. She also finds herself entangled in three cases: the first involving stolen jewelry, the second a sick judge and the final case revolving around a kidnapped child. But the greatest mystery of all is her own. How did she come to inherit this townhouse? And why did her mother keep her heritage from her? Portia has a feeling Mrs. Jones knows more than she is letting on. In fact, she thinks her new guardian may be the biggest clue of all. 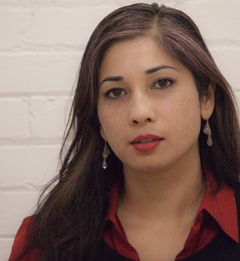 Angela Misri is a journalist, writer and mom based out of Toronto, Canada. Her first book Jewel of the Thames is due out March 25th, published by Fierce Ink Press. This is the first book in the series 'A Portia Adams Adventures' to be published, and Angela is hard at work editing books two and three right now!

1) Can you describe Jewel of the Thames in five words?


2) For how long has Portia been accompanying you now from first idea to published book?

Almost 20 years - since my senior thesis in undergrad till now. It’s not a coincidence that Portia’s nineteen I guess. It took this long for her to grow into the detective I write about!

3) Jewel of the Thames is about nineteen-year-old Portia Adams who inherits 221 Baker Street and follows in the footsteps of the world's most famous detective duo when she solves her first cases. Have you always wanted to write about a young woman aspiring to become the next Sherlock Holmes or was there any other literary/historical character you could have imagined being your heroine's idol?

I have lots of stories in my head, but Portia was always going to be somehow related to Baker Street. Even in the first drafts she found herself at Baker Street and inspired by the detectives who lived there. It was probably in my thirties when I decided to make that relationship between she and the Baker Street duo explicit rather than implicit.

4) Which are your favourite book characters? Any famous detectives among them?

5) What did your 'Holmes' research look like? Did you read up on all of his cases?


Oh Lord yes! My senior thesis was ‘A Psychoanalysis of Sherlock Holmes’ wherein I postulated that he was bi-polar. I read everything Conan-Doyle had written, including his books about the Boer war and his poetry. In my twenties I would say I was an expert in all things Holmes, including the fiction written by Stephen King and others on the Conan-Doyle characters. When Portia became more of a reality in my mind as opposed to a lingering thought, I reentered the world of Baker Street and re-read the full canon before starting a detailed timeline and deciding on some key timing for the first book I wrote. I also read extensively on the time periods, and got my hands on as many photo books as I could of London pre-war, between wars and post second world war.

6) How many characters from the original Sherlock Holmes cases do we meet in your Portia Adams novels?

Oooh, without spoiling things? At least three, including villains you thought long-gone (no, not Moriarty, I am not pulling a ‘Missed me!?’ on you guys!).

Yes to both those things for sure, but real-life often inspires a scene or a crime sometimes. If you are talking to me and suddenly see me grin and look off into the distance, there’s a good chance I’ve had an idea!

8) What are the most important virtues an aspiring detective should possess?

Curiosity. I actually just wrote an article about how important it is for a great detective to be driven by curiosity above all else. High intelligence, the ability to grasp things quickly and make connections between disparate clues. I wish I could say a justice-complex, but I’m not sure I believe that.


9) If you could choose any fictional YA character to visit Portia in 20th century England, who would it be and why?

Hermione. I think Portia’s best friends have a lot of Hermione in them, and I would LOVE to see Portia’s cases imbued with a little witchcraft and wizardry ; )

10) What can we expect from Portia's next cases? On www.aportiaadamsadventure.com we see that you already planned ten casebooks for Portia Adams with the first three cases included in your first book. Which out of all ten was most fun to write and when will the other seven be released?

Portia is coming out of Jewel of the Thames with some earth-shattering (at least to her world) revelations, so you can expect her to go through a period of mistrust, and adjustment to this new reality. At the same time, she has three successful cases under her belt now, so her confidence will grow, leading to more dangerous cases and situations. For the first time she has a man in her life, and he’s one hell of a man. With Brian’s friendship and the promise of more expect to see sparks, awkwardness, and lots of confusion (as is wont in our first male-female relationships). While she is trying to figure out this new family tree, her small friend group will expand to include Annie Coleson, who will be a significant character for at least the next few books.


11) Any tips for young 21st century women whose dream it is to become a detective like Portia, too?

Hmmm, I’d say like Portia, to trust in your abilities but supplement them with further education and experience. Portia sees someone with a skill, decides she needs it to be a better detective, and finds a way to be mentored by them whether that be a thief who can teach her to pick locks or an experienced lawyer who reads body language well, or an ex-boxer who can teach her to defend herself. She’s not a humble person, but she is ready to learn from anyone, a trait I think all of us should have.