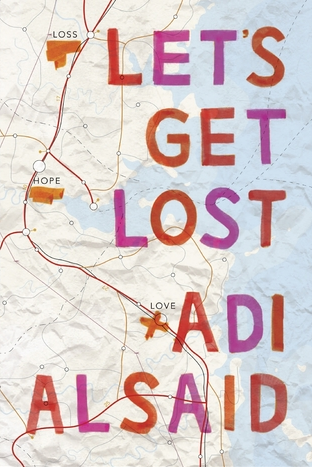 LET'S GET LOST is made up of five parts, each of them divided into about seven or eight chapters. In his debut novel Adi Alsaid tells the stories of Hudson, Bree, Elliot and Sonia. They are stories about friendship, family, and love. Running away from the past, being scared of the future and how to make up for your mistakes. What connects their stories and makes up the fifth part of the book is the story of a wonderfully warm and caring girl named Leila. She helps Hudson, Bree, Elliot and Sonia on her way and makes friends for a lifetime. I almost couldn't believe she wanted to drive all the way to Alaska to see the Northern Lights. Such a crazily exciting trip!

Adi Alsaid wrote one delightfully different road trip. Leila's adventure isn't about sightseeing only, but more about the people she meets along the way. Just like Leila I've been wanting to see the Northern Lights. I spent three weeks in the North of Sweden, but never got the chance to actually see them. So this book gives me a good excuse to fly to Alaska and lie down in a clearing just like Leila did. Leila really impressed me!

All five stories stand for themselves, and at the same time are connected by Leila's generosity, her kindness, bravery and friendship. And they all had something to do with being lost and wanting to be found, wanting to find your own way in life. There were various parallels between every story that connected them in a meaningful way. Leila helps those teens get through the night and when the new day dawns they might actually find what they've been looking for for all this time.
With a few nuances the story could've moved to a deeper emotional level, even more than it ultimately did. Most of the story is about the teens Leila makes friends with and their lives and only a small part of the story is about Leila herself and what this road trip means to her.
Also, she kisses Hudson, the first boy she meets on her trip and I would not be surprised if you hoped for them to see each other again just like I did for the entire book. Theirs is a subtle and great love story!

Adi Alsaid has a talent to zoom in on great moments and capture them, make them appear in detail and vibrance. Some parts of this story read like the script to an epic YA contemp movie version of LET'S GET LOST. Really hoping to see this one on the big screen some day!

5/5 ***** LET'S GET LOST - A brilliant debut novel with an epic road trip, postcards, new friends and all the things that make life so unexpectedly beautiful.


I have never marked so many sentences as favourite quotes on my kindle before! You really want to get lost in Leila's story. The beautiful writing of Adi Alsaid makes her story come alive and feel as meaningful and beautiful as a favourite YA contemporary novel should in order to stay with you and your friends for a long time. LET'S GET LOST is a favourite of mine, too.

"How unfair that the person breaking your heart could still be resoundingly beautiful, that her face was still the one you loved the most." ― Source

LET'S GET LOST by Adi Alsaid you might also enjoy AMY & ROGER'S EPIC DETOUR by Morgan Matson, SAVING JUNE by Hannah Harrington and HOW MY SUMMER WENT UP IN FLAMES by Jennifer Salvato Doktorski. I really liked all three of these road trip adventures and the many emotions they conveyed. 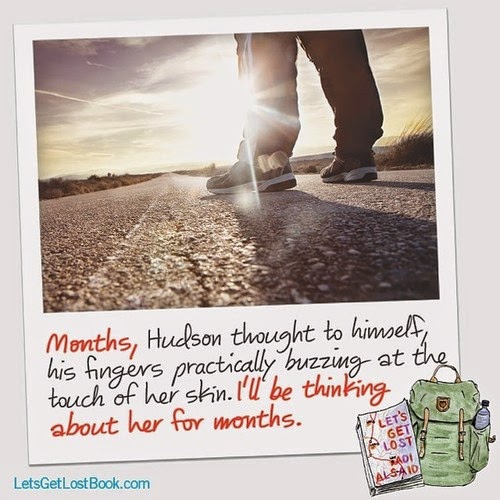 * You can find more LET'S GET LOST quotes here.

* Click here to read an excerpt of LET'S GET LOST.

* Want to meet Adi? Check out his event schedule.

* You can now add Adi's next book ALWAYS, NEVER, SOMETIMES (2015) to your Goodreads shelves.

* For more information about Adi and his books visit www.somewhereoverthesun.com.