It feels pretty good to be blogging again after the extended break I had to take for two reasons. First, there was the three-week vacation in Denmark. And the second reason is named Kira. Our Golden retriever Amy is 1 1/2 years old now and since she hasn't lost her anxiety about loud noises and new places, we decided it best to get a second dog who might be able to stabilize her in situations of great distress. Kira is a Bernaise Mountain dog and 13 weeks old. We got her just before we left for Denmark and so far it has been a stressfull, but awesome time with her. After two days of obsessive stalking the little pup, Amy grew to like her so much and has been showing signs of feeling more secure in certain situations. I believe Amy & Kira are already best buddies for life. They enjoyed the vacation and absolutely loved the beach. Here are a few pictures. 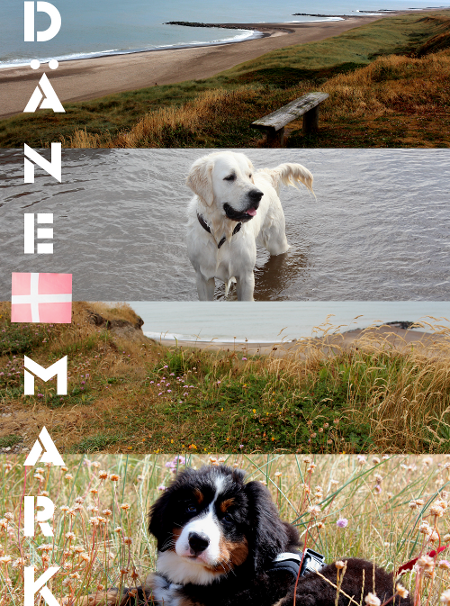 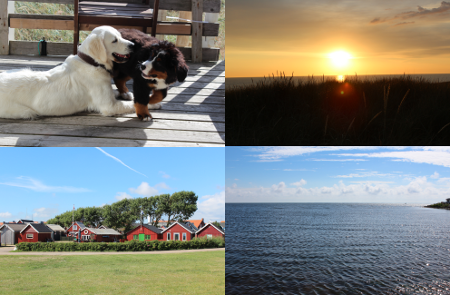 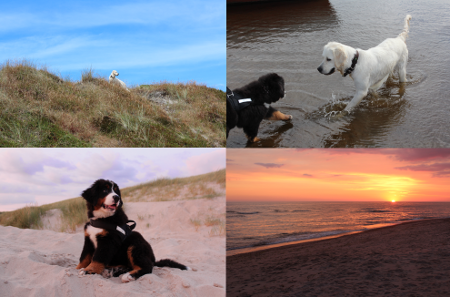 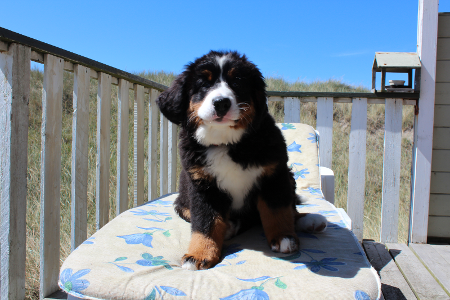 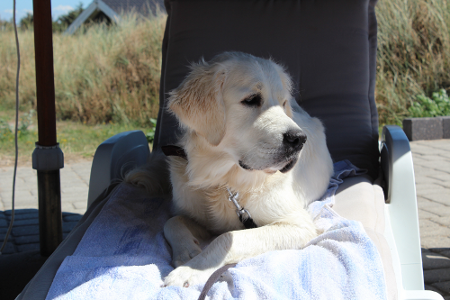 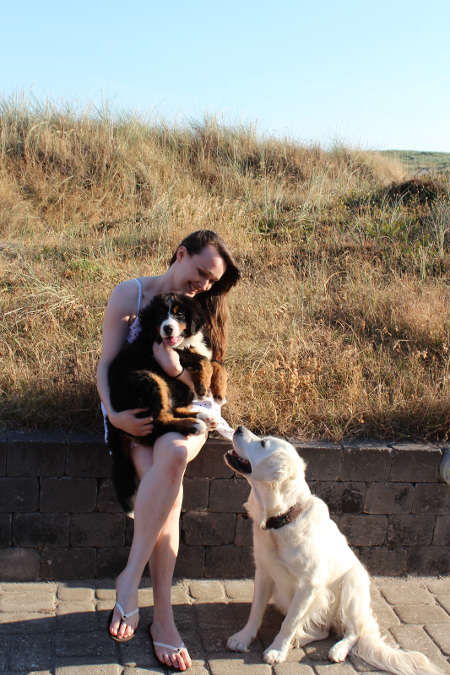 The Denmark vacation was much needed and finally I had time to read a few books that I've been dying to read in the past months. I feel like my blogging spirits have been re-energized and I can finally catch up on a few reviews. I managed to read 10 books in total (started the first at home and finished the last at home,too). Here's what I read in Denmark.

TAKE A BOW by Elizabeth Eulberg was a very cute read and the perfect book to kick off my reading vacation. I've been wanting to read VERONICA MARS - THE THOUSAND DOLLAR TAN LINE by Rob Thomas and Jennifer Graham since I've watched the movie and while it wasn't as fulfulling as the Tv show or the movie, it was definitely great to read about what happens in Neptune after the movie ends. HOOKED by Liz Fichera was an okay read. I saw a lot of people tweeting that they practically hated THE ONE by Kiera Cass so I was quite surprised that I actually liked it. I took me almost a week to read UNSTICKY by Sarra Manning and even though I had a slow start and difficulties to get into the story, I really grew to like Grace in the end.

LOBSTERS by Tom Ellen and Lucy Ivison an okay read for me, funny but sometimes too juvenile. Cassandra Clare and Holly Black working together on a book is a dream come true for many readers. THE IRON TRIAL was a good Middle Grade read with a comforting sort of magic to it. IT HAD TO BE YOU by Jo Carnegie was the perfect read to satisfy my chick lit needs. When I read NANTUCKET BLUE by Leila Howland, it finally felt like I'd found my beach read of the year. Ordered a copy of its sequel NANTUCKET RED after chapter two or three. Coming out in October, BLACK ICE by Becca Fitzpatrick is a dark and dangerous thriller that was awesome in a whole different way than the beach reads before.

After years of avoiding novellas I finally finished my first! And all because of...Warner! I never thought I'd fall in love with him because I was totally shipping Juliette and Adam in SHATTER ME. My loyalties began to shift in UNRAVEL ME and by possibly the end of chapter one in IGNITE ME, my heart belonged to Warner and that hasn't changed since. DESTROY ME is written from Warner's point of view. Now I'd kill for IGNITE ME written from his perspective! Even though I'm pretty sure I won't become a novella girl, I'm very happy I read this one. **** 4 stars go to DESTROY ME!

Q! So that's what I read so far this summer. Tell me about your vacation or the books you read. Which is your favourite summer read so far?
Posted by Miss Page-Turner at 9:02:00 PM