How has it been almost a month since I last published a blog post? I better not start rambling about how time flies. The reason for my blogging silence was a fantastic 3 1/2 week vacation of traveling the US with my two friends Sandra and Sabine. We saw many different cities and places and it was such a fun, unforgettable experience I wouldn't want to miss. Unfortunately, I didn't have any time to read or write reviews. So I'm a bit behind on everything right now. Still catching up. Here's what my vacation looked like and the new books I got.

Skyscrapers and tropical beaches. That's how I'll remember Miami. While the humidity was way too high for my taste I really enjoyed relaxing on the beach or swimming in our hotel's pool. Miami Beach and Bill Baggs State Park on Key Biscayne with their crystal clear water were definite highlights. 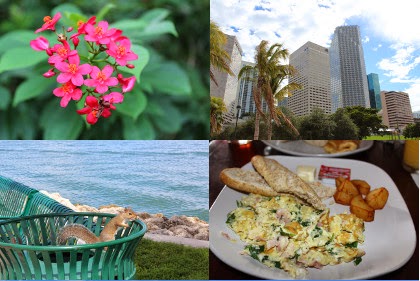 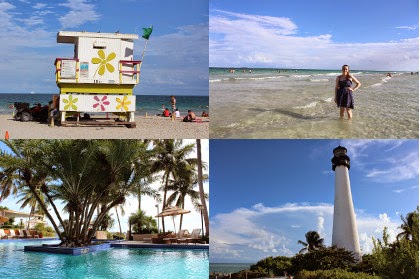 When we arrived at the airport we were greeted in authentic Vegas style. With loud music and big, blinking neon signs.  After a short night we got our rental car and were on our way to the Grand Canyon. Just wow! None of my pictures does this wonder of nature justice. It was so beautiful! We spent the night in Flagstaff and then drove back via parts of the Route 66. I'm not much of a driver, but I loved the open roads and the wide view this street has to offer. Back in Vegas we spent two nights in the Stratosphere hotel and got to go up their tower for free. Stunning view! We toured the casinos at night and my friend Sandra even won some bucks. I really liked Vegas and will come back! 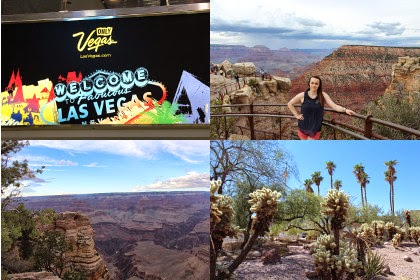 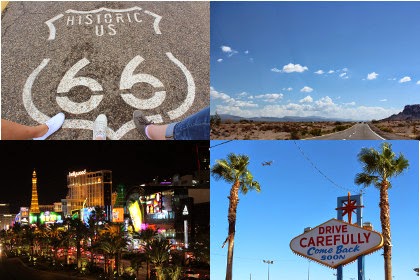 I wouldn't come back to the US with the sole purpose to explore this city. I think that's because we saw some parts of the city that were dirty and scary...more so than we could tolerate. That does not mean we didn't have fun moments in LA, too. One day we drove to Santa Monica beach and the sun set was paradisic. For movie fans the Warner Brothers VIP Tour is an absolute must. They were currently filming Hart of Dixie so we got to tour Bluebelle's town square. Look at the gazebo! Gilmore Girls for ever! We had a treat at the Cheesecake Factory. Aaaaaand on our last day in LA we got to attend a live taping of The Big Bang Theory. WOW! A dream come true. We had to wait all day to get in but it was so worth it because Sandra and I scored first row seats directly in front of the boys' living room. The episode they were filming airs next Monday, Season 8 Episode 5. It was HILARIOUS! It was fun to see how many times they had to film a scene and how they recorded every single laugh of the audience. The cast was so awesome. Kaley and Johnny thanked everyone for coming and they told us that they were filming a behind the scenes special (air date: December 26th). Best experience ever and my highlight of this US trip! 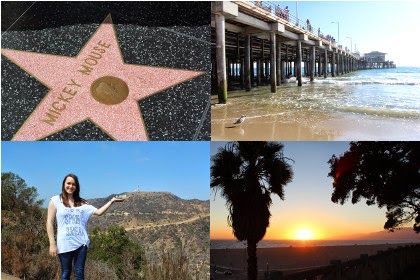 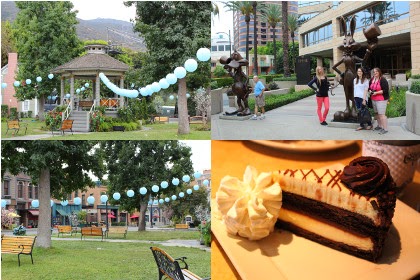 We only had one day to see everything in San Francisco we wanted to see. We took a Cable Car, strolled Fisherman's Wharf, saw the seals at Pier 39, had awesome breakfast in a diner near our hostel. On day two we rented another car and attempted to drive to Yosemite National Park and back on the same day. Unsurprisingly, we didn't have nearly enough time to see all of the park we wanted to see. We marvelled at the giant trees in the Mariposa Grove and drove through the thick forrest and high, stunning mountains. Yosemite is beautiful and I will definitely try to come back with more time in tow. On our long and dark way back to San Francisco we stopped at In-N-Out Burger and loaded up on delicious fries and burgers. Another highlight on this trip was our San Francisco bay cruise. Blue sky, a warm breeze and a relaxing sailing tour under the Golden Gate Bridge. Doesn't it look pretty? 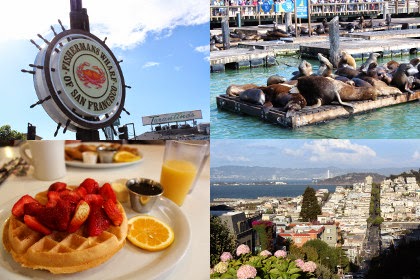 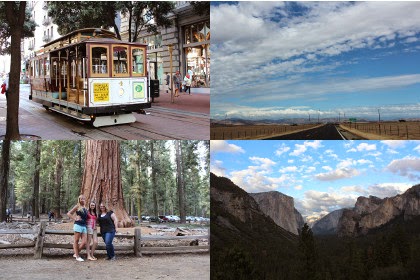 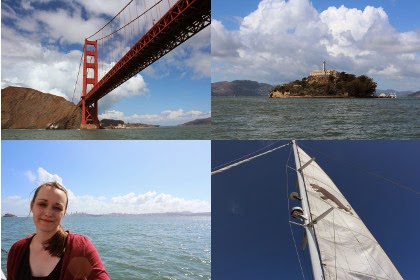 Chicago was hands down my favourite city. The parks were beautiful, Lake Michigan gigantic and we had the chance to plan another beach day. The bean, Buckingham Fountain and the Lincoln Park Zoo were some things we saw in our three days there. I even saw Four's ferris wheel, hehe. Didn't get to ride it but I thought of my favourite YA boy. We all went up Willis Tower and sat in a glass box over 100 stories above the ground. We had the best weather and I'm practically planning my trip back to Chicago now. 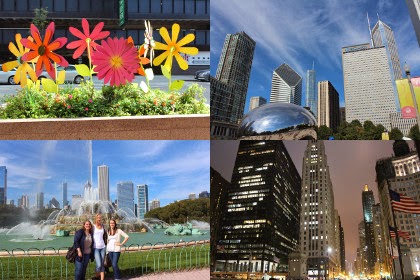 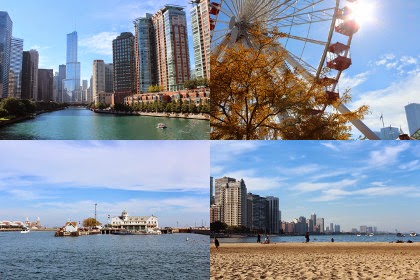 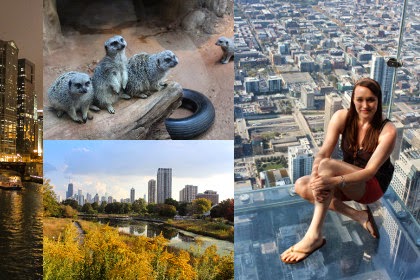 New York was the city that finally fulfilled my bookish dreams. We saw the Times Square, Statue of Liberty, walked the Brooklyn Bridge, went to Top of the Rock, and spent a fab day in Central Park. But my New York favourite moment was the launch event at Books of Wonder I attended and the time spent in The Strand. So the books get an extra paragraph. After four days in New York we flew back to Germany. 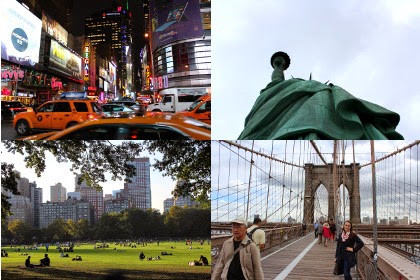 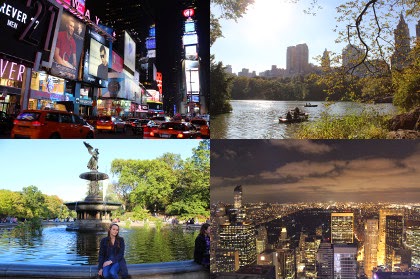 Books and the City

New York was my favourite city when I get to rate all of them by book stores. In Barnes & Noble LA I bought four books, including a signed copy of RUIN AND RISING by Leigh Bardugo.

For the same amout of money I got ten books at The Strand. When I came to The Strand I thought I'd just walk through the store and head to my next destination. I'm not into used books so I was conviced I wouldn't buy a single book. In the end I bought ten. I absolutely LOVED this book store and immediately felt at home between the high shelves and the creaking floor boards. This would be a weekly stop if I lived in the NY area.
You can't imagine my fangirling when I noticed the TFIOS bench in front of the YA section. So much love! I teared up a bit when I read the plaque.

At San Francisco airport I bought a copy of THE ART OF LAINEY. And on October 2nd I attended the launch event at Books of Wonder for Sara Raasch's SNOW LIKE ASHES and Claire Legrand's WINTERSPELL. They were so great and of course I got a copy of SNOW LIKE ASHES signed. Thank you Sara! 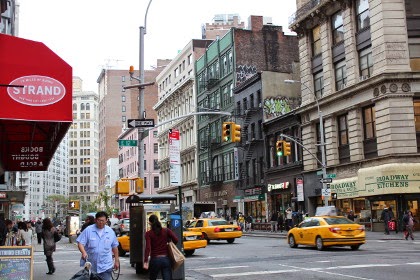 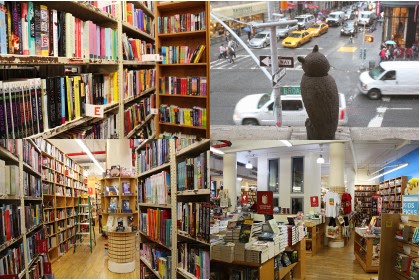 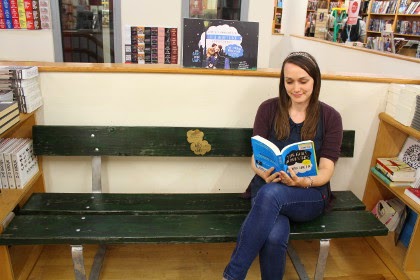 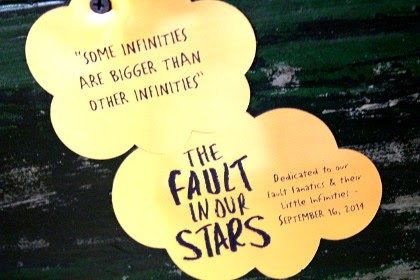 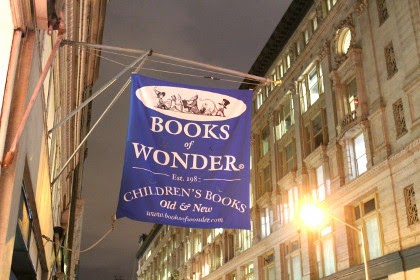 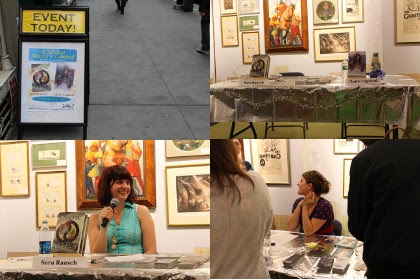 San Francisco Airport (The Art of Lainey) & The Strand 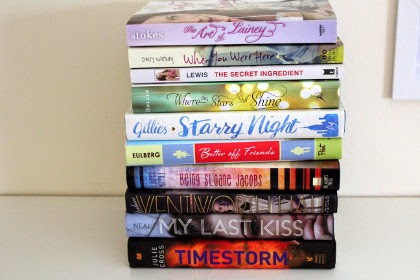 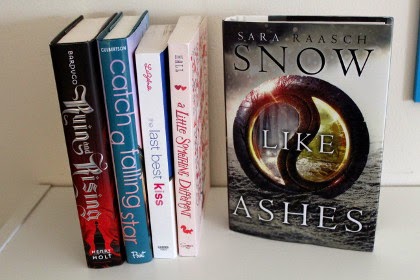 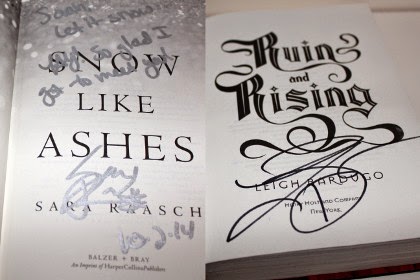 Other Stuff  + tons of clothes that cannot even fit into five pictures, ha! 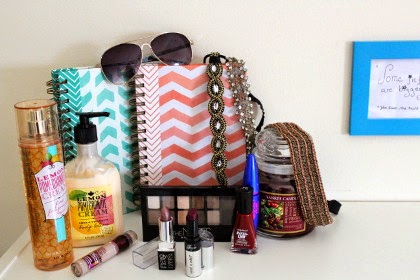 Email ThisBlogThis!Share to TwitterShare to FacebookShare to Pinterest
Labels: New Books On My Shelf, Vacation