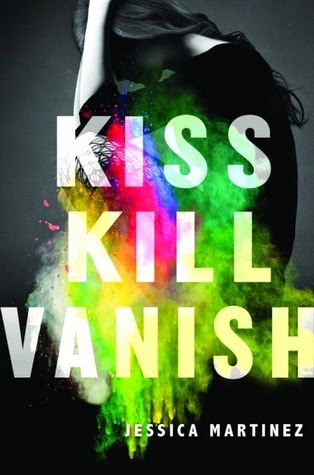 One moment, she was wrapped in Emilio’s arms, melting into his kiss. The next, she was witnessing the unthinkable: a murder in cold blood, ordered by her father and carried out by her boyfriend. When Emilio pulled the trigger, Valentina disappeared. She made a split-second decision to shed her identity and flee her life of privilege, leaving the glittering parties and sultry nightlife of Miami far behind.

She doesn’t know how to explain to herself what she saw. All she knows now is that nothing she believed about her family, her heart, or Emilio’s love, was real.

She can change her name and deny her past, but Valentina can’t run from the truth. The lines between right and wrong, and trust and betrayal, will be blurred beyond recognition as she untangles the deceptions of the two men she once loved and races to find her own truth.

Kiss. That's what Valentina did with her father's employee, Emilio. She didn't expect her father to accept their relationship. But she could never have imagined that her father had been lying to her about his business and his character all long.

Kill. She never thought she would see Emilio kill a man. And when he does, Valentina doesn't even know who Emilio is anymore. Is he really the person she thought he was?

Vanish. Is what she has to do now. She can't go back to living her old life, knowing probably everyone she cares about has been lying to her. So she has to aquire a new identity in a new city and become someone else.

Kiss Kill Vanish. I love that book's title and its cover. It's catchy, it's mysterious. I was intrigued and now I'm madly in love with Jessica Martinez' brilliant new book! I'm willing to bet you won't be able to resist its dark pull either.

So we know that Valentina has left her old life in Miami and goes into hiding. Her city of choice is Montreal where she now lives in a dingy room, barely having the means to feed herself and depending on a sleazy man who pays her good money for her services, sitting portrait for him.

Still Valentina has to deal with the incident that got her into the situation she finds herself in right now. What has Emilio done? Is he dangerous?
Cons, killings, lies, aliases and high criminal energies are making KISS KILL VANISH an intense, psychological and emotional thriller that captures its readers with great character development and an amazing love story. There's even a road trip, which I loved. It stands for everything that changes within Valentina, focusing on the differences between her past, the new strength she gathers in the present and her shot at a brighter future.

Jessica Martinez achieved to create an intense, emotional and moving bond between Valentina and a new acquaintance she makes in Montreal. While the contact is rather unwanted in the beginning, their relationship starts to uncover all the prejudices and hidden feelings between them and turns something unexpected into something so invigorating and beautiful. Of course that new relationship stands in contrast and competition to the relationship Valentina has with Emilio.

Jessica also created great atmosphere, played with different settings, characters' personalities and how they would influence and change an entire scene's mood. She put great emphasis on the difference between Valentina's life in Montreal versus her life in Miami. All in all Jessica Martinez did a fantastic job contrasting Valentina's past and her present life and drawing readers into Valentina's highly thrilling story.

Wow! Jessica Martinez' fourth novel was a magnificent read! I went into it with low expectations and while they were partly validated in the first ten chapters or so, I was greatly surprised to find myself glued to the pages only shortly after. It was so much more than I had imagined. Valentina went through a stunning character development and her love story was very special. All the time her new life was threatened by the past she's been running from, her murderous ex-boyfriend and the shady side to her family's business, looming over her new future like impenetrable shadows.

"Eigt minutes.
I shut my closet door behind me and sink to the floor. It's the small pockets of time that kill me. Eight minutes isn't long enough for a nap, but it's long enough to remember things that make me want to rip my eyes out, so I'm careful. I stay in the here and now." ― p.13

KISS KILL VANISH you might enjoy BLACKBIRD by Anna Carey, ON THE EDGE by Allison van Diepen and FIND ME by Romily Bernard. I haven't read FIND ME, but can definitely recommend the other two 2014 releases! 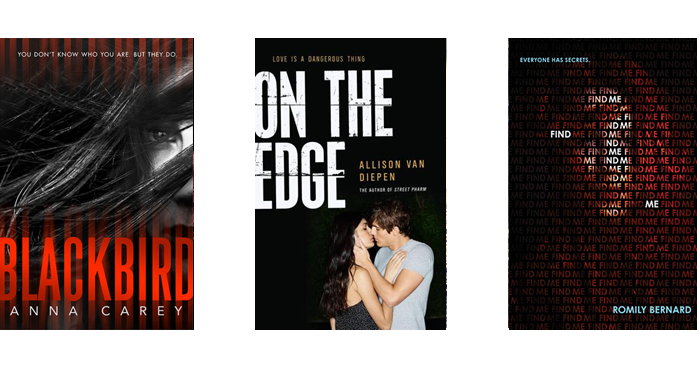 * Click here to read an excerpt of KISS KILL VANISH.

* For more information about Jessica and her books visit www.jessicamartinez.com.

* Thanks to Harper Collins International for sending me a review copy of KISS KILL VANISH!