Happy Halloween! Are you having fun? I've got three pretty YA cover costumes for you on this very scary day. I haven't read SIX OF CROWS yet but thought it'd be fun to put together a dark and sexy costume for Leigh Bardugos latest book release. A THOUSAND PIECES OF YOU is one of my favourite books and I really loved creating a costume for Marguerite's artsy character. I would definitely wear this outfit myself! RED QUEEN by Victoria Aveyard was a stunning YA debut! I couldn't resist to create a costume based on its beautiful cover. Which of these costumes would you like to wear this year?

Six of Crows by Leigh Bardugo


Ketterdam: a bustling hub of international trade where anything can be had for the right price—and no one knows that better than criminal prodigy Kaz Brekker. Kaz is offered a chance at a deadly heist that could make him rich beyond his wildest dreams. But he can't pull it off alone... A convict with a thirst for revenge. A sharpshooter who can't walk away from a wager. A runaway with a privileged past. A spy known as the Wraith. A Heartrender using her magic to survive the slums. A thief with a gift for unlikely escapes. Six dangerous outcasts. One impossible heist. Kaz's crew is the only thing that might stand between the world and destruction—if they don't kill each other first. 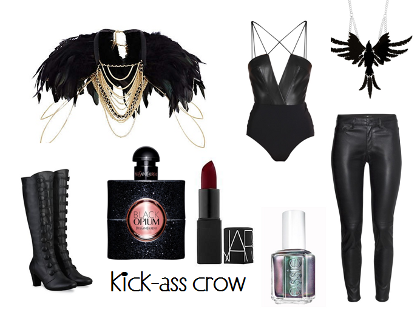 A Thousand Pieces of You by Claudia Gray


Marguerite Caine’s physicist parents are known for their radical scientific achievements. Their most astonishing invention: the Firebird, which allows users to jump into parallel universes, some vastly altered from our own. But when Marguerite’s father is murdered, the killer—her parent’s handsome and enigmatic assistant Paul—escapes into another dimension before the law can touch him. 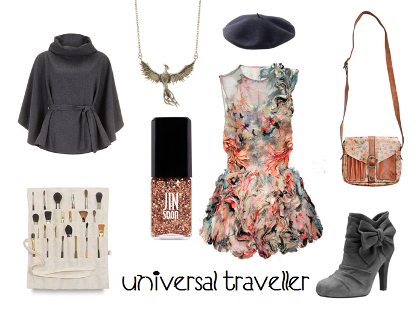 Mare Barrow's world is divided by blood—those with common, Red blood serve the Silver- blooded elite, who are gifted with superhuman abilities. Mare is a Red, scraping by as a thief in a poor, rural village, until a twist of fate throws her in front of the Silver court. Before the king, princes, and all the nobles, she discovers she has an ability of her own.
To cover up this impossibility, the king forces her to play the role of a lost Silver princess and betroths her to one of his own sons. As Mare is drawn further into the Silver world, she risks everything and uses her new position to help the Scarlet Guard—a growing Red rebellion—even as her heart tugs her in an impossible direction. One wrong move can lead to her death, but in the dangerous game she plays, the only certainty is betrayal.By the end of her first day among fellow freak-teen 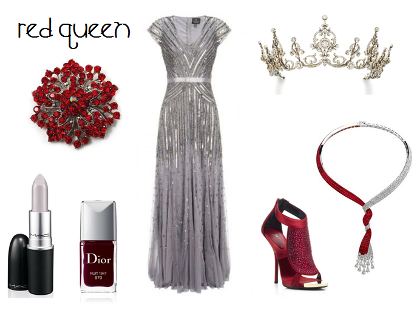