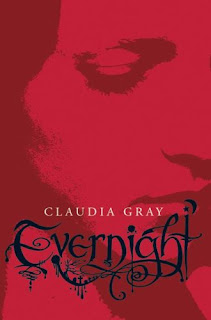 ~ The Author ~
Claudia Gray is not her real name. She didn't choose a pseudonym because her real name is unpleasant (it isn't), because she'd always dreamed of calling herself this (she hasn't) or even because she’s hiding from the remnants of that international diamond-smuggling cartel she smashed in 2003 (Interpol has taken care of them). In short, she took a pseudonym for no real reason whatsoever. Sometimes this is actually the best reason to do things.

She lives in New York City. So far, in life, she's been a disc jockey, a lawyer, a journalist and an extremely bad waitress, just to name a few. She especially likes to spend time traveling, hiking, reading and listening to music. More than anything else, she enjoys writing.


Author profile by Goodreads
For further information visit www.claudiagray.com or Claudia’s blog www.claudiagray.com/blog
~ The Novel ~
Evernight is the first novel in the Evernight series, first published in February 2009 by HaperTeen. The second and third novels are Stargazer (2009) and Hourglass (2010). The final instalment in this series is called Afterlife and was recently published in March 2011.
~ The Story ~
Bianca wants to escape. She's been uprooted from her small hometown and enrolled at Evernight Academy, an eerie Gothic boarding school where the students are somehow too perfect: smart, sleek, and almost predatory. Bianca knows she doesn't fit in. Then she meets Lucas. He's not the "Evernight type" either, and he likes it that way. Lucas ignores the rules, stands up to the snobs, and warns Bianca to be careful—even when it comes to caring about him. But the connection between Bianca and Lucas can't be denied. Bianca will risk anything to be with Lucas, but dark secrets are fated to tear them apart . . . and to make Bianca question everything she's ever believed.
Summary by Goodreads
To read Evernight’s prologue, click here!
~ The Review ~
The Evernight academy is not like any other school. It’s the perfect setting for the numerous secrets being hidden and the looming battles between ancient and hated foes.
Bianca is our heroine, a young girl whose life is mostly ruled by her parents’ decisions and opinions. She is an average character that has still to develop her own voice and find her way. What really surprised me is that Gray only reveals a major aspect of Bianca’s character in the last third of Evernight. I was surprised to find out what Bianca really is.
Bianca’s parents want her to attend a new school and leave her hometown. She isn’t content and tries to run away which is the best scene to encounter the reason to stay, Lucas. The most fascinating aspect about Bianca’s and Lucas’ relationship is that they fall in love without even knowing with whom or what. Both have secrets on their own and are less than willing to reveal them. I wonder how their differences and family conflicts can be solved, Bianca and Lucas are a really interesting couple I can't wait to read more about.
I’ve read so many fantasy novels centring around a forbidden love story recently, but I am not tired of them yet. Evernight is not the best vampire novel I’ve ever read, but I really enjoyed the read, because it offers new perspectives on the genre.
~ We love this book because… ~
1) black-and-white movies are timeless
2) paintings always have a meaning
3) of a beautiful brooch
4) we wouldn’t mind having a modern technology course
5) of an exciting battle between vampires and their hunters
~ The Verdict ~
A gloomy school setting and a bunch of versatile characters with many secrets qualify Evernight as a good first novel in this vampire novel series.  The fight between vampires against the vampire hunters of Black Cross has just begun and we can expect a lot of action and revelations in the next three books in the Evernight series.Great read for vampire fans!
Posted by Miss Page-Turner at 10:19:00 AM