Loni @ A Casual Reader is having a mini challenge and here's the mission: 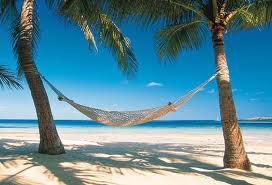 You live here on this beautiful deserted island and you have everything you need to live comfortably. It’s prefect but you are lonely and you want to invite others to spend time with you and have some fun!
~ Write a blog post picking 5 guest you’d invite to your island. You can pick more but you have to at least pick 5.

~ All guest must be characters from any books you’ve read in 2010/2011 (children book characters are not allowed)
~ Be sure to list the following in you blog post:
~

List of Activities:
* drinking cocktails
* relaxing
* having delicious food
* having some book talk
* organising a fashion show (only male participants and no shirts allowed)
* listening to live music
My Exclusive Beach Party Guest List:
Will from Cassandra Clare's Clockwork Angel
* Every party needs an ironic, british-accented "gentleman"
Jay from Kimberly Derting's The Body Finder
* He would get the job as personal best kisser!
Katniss from Suzanne Collins' Mockingjay
* She is wise and fights for the ones she loves. I am a great admirer!
Stark from P.C. and Kristin Cast's House of Night series
* He would get the job as our bodyguard, celebrities like the winner of the hunger games need securitiy
Cole and Sam from Maggie Stiefvater's Linger
* Every great party needs some good music, right? Sam plays the guitar and Cole must have a beautiful voice. Can't wait to see them in a duet!
John Smith from Pittacus Lore's I Am Number Four
* I've always wanted to meet an alien, especially when it looks like Alex Pettyfer
Will from C.A. Moulton's Angelfire
* He's lived through some decades. Would be interesting to learn something about history and his adventures
Grimalkin from Julie Kagawa's The Iron King
* Do you need an explanation, human? He's a cat!
Bernie Kosar from Pittacus Lore's I Am Number Four
* He's a dog! (and can occupy the moody cat)
Susannah from Jenny Han's The Summer I Turned Pretty
* Her casual and cheerful attitude wouldn't allow one single moment of awkward silence


Calla from Andrea Cremer's Nightshade
* She is a strong leader and I could use some tips how to display such a touch attitude
Marian from Kami Garcia's and Margaret Stohl's Beautiful Darkness
* As the world's most versatile librarian, she could contribute to the book talk section
Alex from Lauren Oliver's Delirium
* Although our bad boys Will and Cole won't be pleased, Alex needs to recite some love poetr.y He's one of the guys causing tears, but in a very positive way!
Isabel from Maggie Stiefvater's Linger
* I like her impulsive character and just want her to annoy Cole a bit, ha!
Ren from Andrea Cremer's Nigthshade
* Are you over 18?...No?...uhm...yeah, he is nice!
~