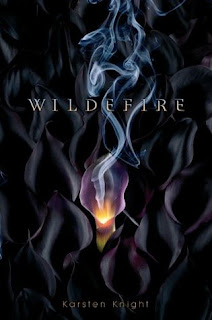 Every flame begins with a spark.
Ashline Wilde is having a rough sophomore year. She’s struggling to find her place as the only Polynesian girl in school, her boyfriend just cheated on her, and now her runaway sister, Eve, has decided to barge back into her life. When Eve’s violent behavior escalates and she does the unthinkable, Ash transfers to a remote private school nestled in California’s redwoods, hoping to put the tragedy behind her. But her fresh start at Blackwood Academy doesn’t go as planned. Just as Ash is beginning to enjoy the perks of her new school—being captain of the tennis team, a steamy romance with a hot, local park ranger—Ash discovers that a group of gods and goddesses have mysteriously enrolled at Blackwood…and she’s one of them. To make matters worse, Eve has resurfaced to haunt Ash, and she’s got some strange abilities of her own. With a war between the gods looming over campus, Ash must master the new fire smoldering within before she clashes with her sister one more time… And when warm and cold fronts collide, there’s guaranteed to be a storm.

The story of WILDEFIRE is set in a boarding school where several kids are gathered to make them realize their talents and powers. One of them, and our protagonist, is Ash. She is a very dominant and, as her surname suggests, wild person.

This novel’s main characters are all superheroes. I thought it was mostly about Ash, but we get to know all of them: Lily; Raja, Rolfe, Ade, Serena. It’s because of them with their various heritages that the novel feels so international. Ash is a Polynesian Goddess and her friends are from e.g. Greece and Haiti. Furthermore it was really cool that the kids explore their talents together and form a little group that supports each other.

It seems as if we’ve got to face two different enemies. One is well acquainted with our heroine Ash. I would immediately nominate that person most annoying antagonist ever. Then there seems to be another more mysterious force against our heroes that promises to be explored in the sequel.

WILDEFIRE has some romance as well. The romance between Ash and a stranger is sweet, but for my liking could have been a more dominant part of the book.

The story is told from a 3rd person narrator and the pace of actions felt just right to me. Long coherent sequences grow thinner in the end and events start to flow in a faster pace. Karsten Knight has a fresh and perky writing. He applies awesome comparisons and has a great sense of humour so it wasn’t difficult to be kept entertained during the entire read.

Despite the fun and action factor I was just so disappointed with the last part of the story. I expected the story to head in a completely different direction so the end left me dumbfounded, because events took a totally bizarre way. I simply wasn’t content despite the large and cool shocker moment and cliff hanger in the end.

There’s much more to come in book two and I hope to learn more about the heritage of protagonist Ash, where all kids got their powers from and about the motives of their enemies.

The YA world needs more authors like Karsten Knight, he definitely is an enrichment for the genre. His debut novel WILDEFIRE is elemental, paranormal, funny and eerie at the same time.

* Watch out for the second book EMBERS & ECHOES in the WILDEFIRE series!

* Find out more about the behind of the book here.

* Thanks to the Simon & Schuster Galley Grab for granting me access to the e-galley of WILDEFIRE!