Still looking for a good Halloween read? A few days ago I asked you about your literary Halloween plans this year and here's a list of your Top 13 YA reads in no particular order. Background images for each book were taken from their book trailer if not stated otherwise. Among the mentions were a few Stephen King novels like Carrie and Coraline by Neil Gaiman as well. Get inspired. Get reading! 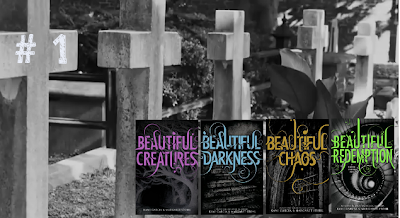 BEAUTIFUL CREATURES and BEAUTIFUL DARKNESS make the perfect Halloween read with their dark caster magic and the atmospheric Southern town of Gatlin. I still haven't read the third book in the series, but I should get to it very soon! 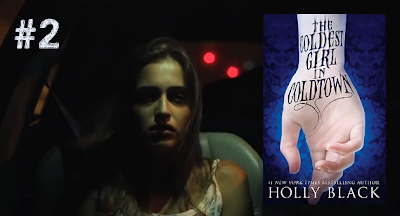 The Coldest Girl In Coldtown by Holly Black

What would Halloween be without vampires? Holly Black's latest book came out in September 2013 and I so have to get my hands on a copy in the next weeks. Its book trailer is really whetting my appetite for a little blood-sucker action.

Watch the THE COLDEST GIRL IN COLDTOWN book trailer. 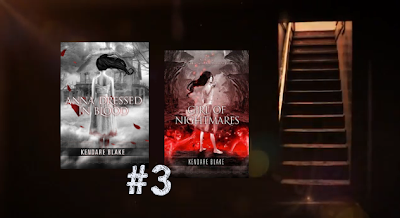 Anna Dressed In Blood & Girl of Nightmares by Kendra Blake

ANNA DRESSED IN BLOOD tells the story of a ghost girl who kills everyone who disturbs her. So creepy! 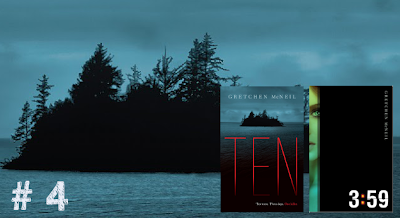 Ten & 3:59 by Gretchen McNeil
A house party on an island gone terribly terribly wrong. Now ten teens have to fear for their lives. And 3:59 could be even scarier with a parallel universe and doppelgängers! I used the TEN cover for this background image. 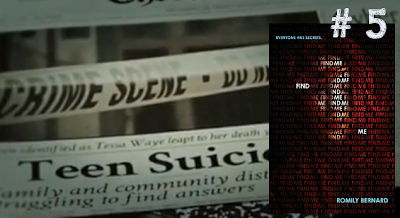 Find Me by Romily Bernard

Romily Bernard's debut novel is a gripping thriller with a murder case and the hacker girl Wick who gets involved in the case when her sister seems to be the murderer's next target. This could be one of the lighter Halloween reads, more thriller than horror.

Watch the FIND ME book trailer. 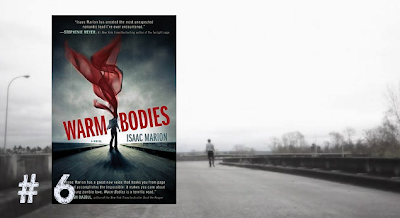 Pick up a copy of WARM BODIES to read a zombie book of a different sort. 'R' is a zombie and when he decides to save a girl instead of eating her, a love story of a kind is put into motion. I bet someone gets eaten, too. 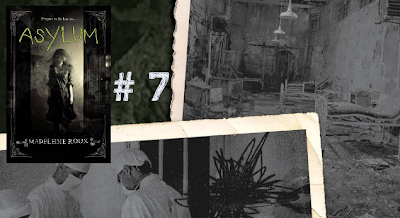 The title of Madeleine Roux' novel is a pretty good clue at what we can expect the story to be about. I haven't picked it up until today, because I was too frightened to visit the asylum. Just look at the picture above and you know why. The image was taken from the book's back. 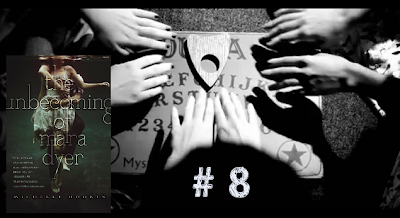 The Unbecoming of Mara Dyer by Michelle Hodkin

Until today THE UNBECOMING OF MARA DYER and its sequel are the creepiest books I've read. So many scary things keep happening and Mara is drawn into a tangle of lies, intrigues, delusions and evil intentions. These are two of my favourite YA books and if you haven't read them yet, now's exactly the right time to do so.

Watch the THE UNBECOMING OF MARA DYER book trailer. 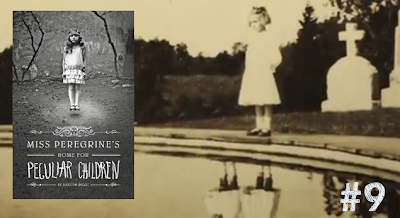 Ransom Riggs' and his home for peculiar children is another book that I couldn't bring myself to read so far. The idea of a bunch of children with very unusual talents is freaking me out. I find them even scarier than an evil creature of the night on the loose! 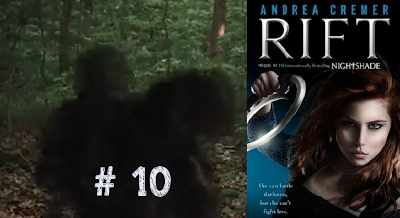 The Rift by Andrea Cremer

Watch the THE RIFT book trailer. 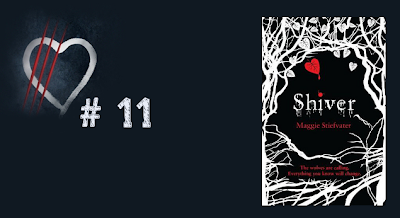 The SHIVER trilogy by Maggie Stiefvater isn't exactly scary, but it's one of my favourite reads and I was surprised to find it on your Halloween reading list. It has a great romance and a bunch of very hot werewolves. Good choice! Shiver background source. 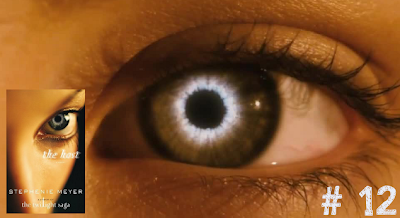 The Host by Stephenie Meyer

An alien read shouldn't be missing from this Halloween reads list, and you named THE HOST by Stephenie Meyer as one of your picks. I really liked both book and movie. Background image source. 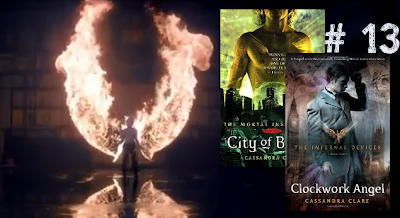 The Mortal Instruments & The Infernal Devices by Cassandra Clare

Your Cassandra Clare Halloween picks were CITY OF ASHES and CITY OF GLASS from the THE MORTAL INSTRUMENTS series and CLOCKWORK ANGEL from Cassandra's THE INFERNAL DEVICES series. Werewolves, vampires faeries, angels, demons, Cassandra's books have them all.

I picked three books for this year's Halloween reading. UNBREAKABLE by Kami Garcia, ANNA DRESSED IN BLOOD by Kendra Blake, which can also be found on your Halloween reading list and THE KILLING WOODS by Lucy Christopher. Dangerous spirits, ghosts and demons and a murderer on the loose are promising one or two sleepless nights for me.