On My Wishlist is a fun weekly event hosted by Book Chick City and runs every Saturday. It's where I list all the books I desperately want but haven't actually bought yet. They can be old, new or forthcoming.
Here is #1 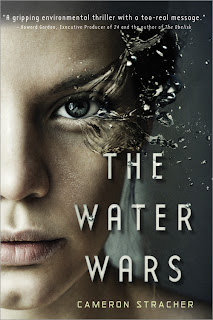 The Water Wars by Cameron Stracher

I've somehow become a fan of dystopian novels... when did that happen between my dislike for Brave New World and my fangirlness for Delirium?
Vera and her brother, Will, live in the shadow of the Great Panic, in a country that has collapsed from environmental catastrophe. Water is hoarded by governments, rivers are dammed, and clouds are sucked from the sky. But then Vera befriends Kai, who seems to have limitless access to fresh water. When Kai suddenly disappears, Vera and Will set off on a dangerous journey in search of him-pursued by pirates, a paramilitary group, and greedy corporations. 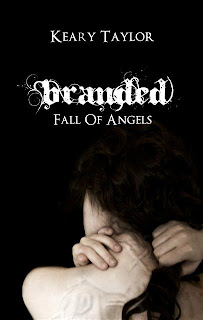 Jessica's had the nightmares for as long as she can remember. Nightmares of being judged for people who have died, of being branded by the angels. Her friends and family think she's a crazy because of it all. Yet she carries the mark of the condemned, seared into the back of her neck, and hides it and herself away from the world.
But when two men she can't ignore enter her life everything changes, including the nightmares. The two of them couldn't be more different. She will do anything to be with one of them. Even tell him the truth about angels, why she never sleeps, and the scar on the back of her neck. But one of the two has set events into motion what will pull her toward her own judgment and turn her into the object of her greatest fear.
Summary by Goodreads