Featured are books that I got sent by awesome publishers in the last weeks and also my Frankfurt Book Fair 2011 haul. Some of them were bought and many gifted by the fab publishers I met there! Huge thanks to HarperCollinsChildren'sBooks, Templar Publishing, Simon & Schuster, Houghton Mifflin Harcourt and Egmont for all the fabulous books and great chats! 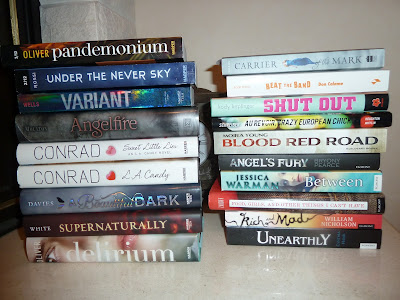 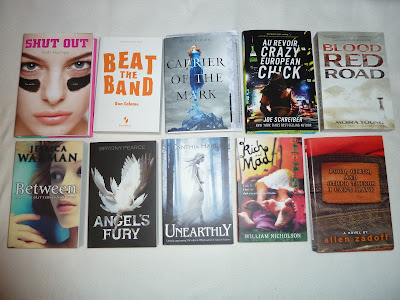 Shut Out by Kody Kepling

Beat the Band by Don Calame

Carrier of the Mark by Leigh Fallon

Between by Jessica Warman

Food, Girls, & Other Things I Can't Have by Allen Zadoff 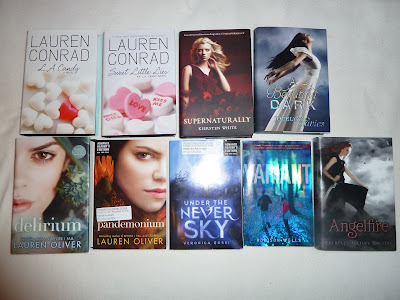 A Beautiful Dark by Jocelyn Davies

Under The Never Sky by Veronica Rossi 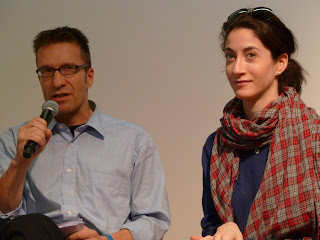 The fabulous Lauren Oliver attended Frankfurt Book Fair and I had the pleasure to hear her read some lines from Delirium. It's impressive that she can write anywhere in the world. She even wrote some words before her talk. I hoped for a chat with her and to get my books signed,  but unfortunately she had to leave early. She's super nice. You should all go to one of her events if you have the chance to!