SWEET PERIL, the sequel to Wendy Higgins' SWEET EVIL has finally got a cover and I'm happy to share it with you. Anna and Kaidan look hot and totally develish don't they? How do you like the cover? 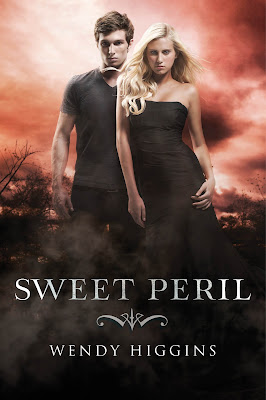 
Anna Whitt, daughter of a guardian angel and a demon, promised herself she’d never do the work of her father—polluting souls. She’d been naive to make such a claim. She’d been naive about a lot of things. Haunted by demon whisperers, Anna does whatever she can to survive, even if it means embracing her dark side and earning an unwanted reputation as her school’s party girl. Her life has never looked more bleak. And all the while there’s Kaidan Rowe, son of the Duke of Lust, plaguing her heart and mind.

When an unexpected lost message from the angels surfaces, Anna finds herself traveling the globe with Kopano, son of Wrath, in an attempt to gain support of fellow Nephilim and give them hope for the first time. It soon becomes clear that whatever freedoms Anna and the rest of the Neph are hoping to win will not be gained without a fight. Until then, Anna and Kaidan must put aside the issues between them, overcome the steamiest of temptations yet, and face the ultimate question: is loving someone worth risking their life? 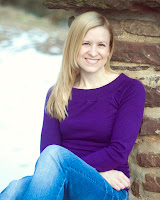 Wendy Higgins was born in Alaska, grew up an Army brat, and lived all over the United States before settling in the Washington, DC area. She attended George Mason University for her undergrad degree in creative writing, and Radford University for her masters in curriculum and instruction. Wendy taught 9th and 12th grade English in a rural school before becoming a mother and author. She now lives in Northern Virginia with her husband, daughter, and son. Sweet Peril is her second novel.

Book 3 of The Sweet Trilogy, Sweet Reckoning, is slated for spring/summer 2014.
And if you haven't read SWEET EVIL, you totally should! 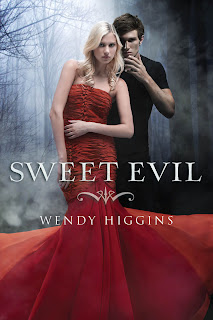 What if there were teens whose lives literally depended on being bad influences?

This is the reality for sons and daughters of fallen angels.

Tenderhearted Southern girl Anna Whitt was born with the sixth sense to see and feel emotions of other people. She's aware of a struggle within herself, an inexplicable pull toward danger, but Anna, the ultimate good girl, has always had the advantage of her angel side to balance the darkness within. It isn't until she turns sixteen and meets the alluring Kaidan Rowe that she discovers her terrifying heritage and her willpower is put to the test. He's the boy your daddy warned you about. If only someone had warned Anna.

Forced to face her destiny, will Anna embrace her halo or her horns?

Thank you Wendy for letting me be a part of the SWEET PERIL cover reveal :)
Posted by Miss Page-Turner at 6:39:00 AM