My trip to Paris

Paris, most romantic city in the world. That's where I was headed about a week ago. I stayed for five days with one of my best friends, Sandra, and we had a lot of fun discovering the City of Light. Paris had always been on my list of cities I wanted to see. And you can imagine after reading books like Anna and the French Kiss by Stephanie Perkins and Die For Me by Amy Plum I wanted to go even more. There were numerous spots in Paris that are connected with book quotes and the reading experiences of some of my favourite books. These books made my trip even more special. Here are some pictures together with quotes from Stephanie Perkins and Amy Plum, because their words really describe what it felt like to be in those places.


"It's like a miniature city itself. Wide pathways act as roads through neighborhoods of elaborate tombs. They remind me of tiny Gothic mansions with their arched doorways and statuary and stained-glass windows. [...] It's a quieter city than Paris, but no less impressive." - p. 128 Anna and the French Kiss by Stephanie Perkins

"Massive. Monstrous. Majestic. It's lit in a way that absurdly reminds me of Disney World, but it's so much more magical than anything Walt could have dreamed up. [...] I slowly exhale. "It's beautiful."" - p. 82 Anna and the French Kiss by Stephanie Perkins


"He smiles. "Place your feet on the star, and make a wish."" - p. 85 Anna and the French Kiss by Stephanie Perkins

""A pantheon means it's a place for tombs - of famous people, people important to the nation."
"Is that all?" I'm sort of disappointed. It looks like it should've at least crowned a few kings or something.
He raises an eyebrow.
"I mean, there are tombs and monuments everywhere here. What's different about this one?" We climb the steps, and the full height of the approaching columns is overwhelming. I've never been this close.
"I don't know. Nothing I suppose. It's a bit second rate, anyway."
"Second rate? You've gotta be kidding." Now I'm offended, I like the Panthéon. No, I LOVE the Panethéon." - p. 168 Anna and the French Kiss by Stephanie Perkins

"Now I know why people are always carrying on about Paris in the springtime. The leaves are bright green with birth the chestnut trees are clustered with pink buds, and the walkways are lined with lemon yellow tulips. Eveywhere I look, Parisians are smiling." - p. 307 Anna and the French Kiss by Stephanie Perkins


Now some more pictures without quotes:

We strolled over the Pont Alexandre III bridge. Admired the incredible architecture of Galeries Lafayette. We ate macarons under the Eiffel Tower, had crepes and panini. And of course we couldn't miss out on visiting the Louvre with its 30.000 paintings. 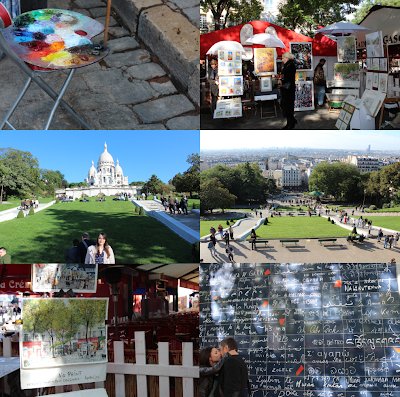 We found the cutest artist corner on the hill of Montmartre and I would have bought all of their paintings if I could have affored it. They were so good! We had a fantastic view from the hill and Sacre Coeur looks so shiny and holy in its white beauty. Another cool thing that we saw was a large wall with love declarations written in numerous languages. Very romantic spot! 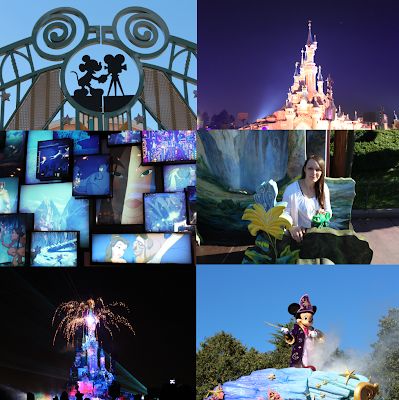 I've always been a fan of Disney movies so we couldn't resist to spend a day in Disneyland with Mickey and his friends. The 20th anniversary fireworks show was incredible and I felt like I was in a Disney movie myself. A totally magical night. My favourite picture is the one of Pascal and me! 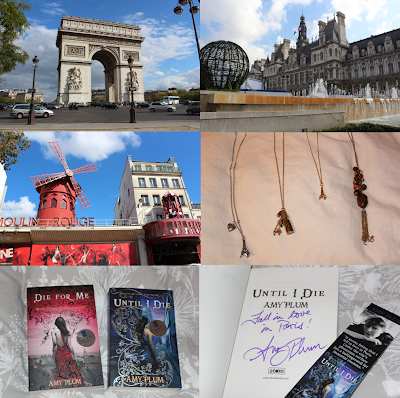 Some more sightseeing: the Arc de Triomphe, Parisian town hall (Hotel de Ville) and Moulin Rouge. We spent several hours on the Champs-Élysées, but to my disappointment I didn't find any nice clothes. So I went berserk and bought four new necklaces instead, lol. Then on the last day I went to the largest English bookstore in Paris, WHSmith Paris. Their books are more expensive than the ones I could have ordered online, but I just couldn't resist to grab signed copies of Die For Me and Until I Die by Amy Plum.

"Our boat bobbed around a corner of the quay, and I opened my eyes to see the Eiffel Tower, just downriver from us, decked in a million tiny lights and sparkling like a Christmas tree. It's reflection on the surface of the water glimmered like a universe of tiny crystals. [...] All I knew was that something good had begun." - p. 341 Die For Me by Amy Plum


Au revoir Paris! I'll be missing and dreaming of you. And definitely returning someday!
Posted by Miss Page-Turner at 8:02:00 PM