I'm not sure if I can believe how many books I have brought with me from Frankfurt to feature in this week's New Books On My Shelf post. Unbelieveable forty-six! I spent Saturday and Sunday in Frankfurt and went to the fair both days. The German publisher hall was too crowded for my taste, but I really enjoyed being around all kinds of international publishers.

Although I brought my camera with me, I didn't take any pictures of the Book Fair at all. Must've been surrounded by too many bookish distractions... So here are all the books I've got. Partly bought, the other half for free. 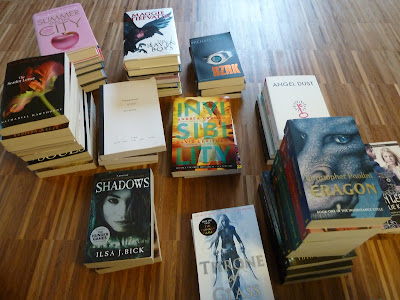 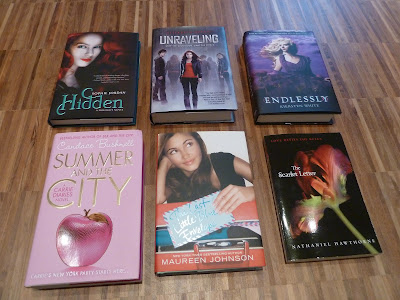 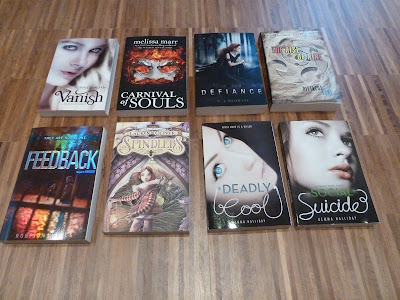 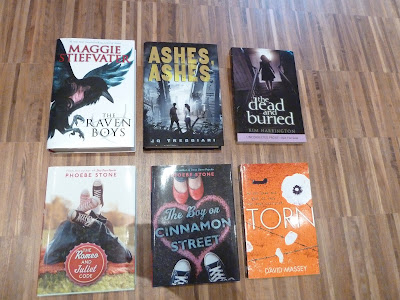 The Scholastic booth was one of my favourites. They have fantastic titles and one lady was nice enough to save me a copy of THE RAVEN BOYS  and THE DEAD AND BURRIED when I didn't make it in time to the booth opening and giveaway of books. Most excited for these two titles! 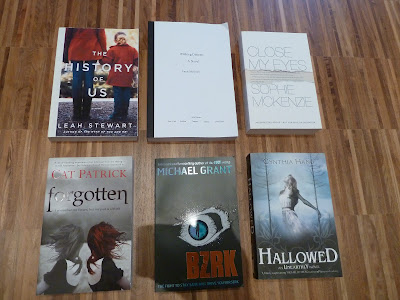 So many people are gushing about BEAUTIFUL DISASTER that I can't believe I still haven't read it yet. I got a copy of the story told from Travis' POV, WALKING DISASTER and I don't even own the first book. Need to change that ASAP! 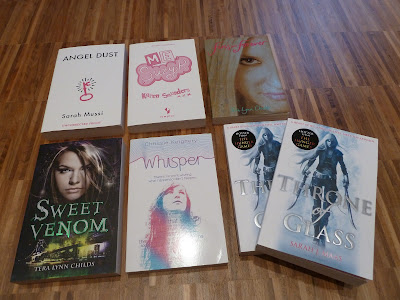 
Two copies of THRONE OF GLASS. Huh? Of course I'm giving one away to you! 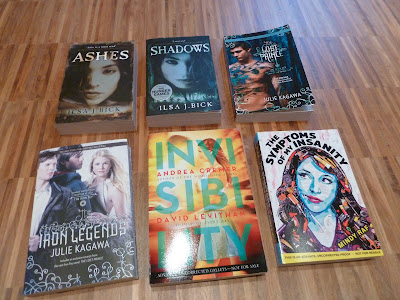 I had a nice chat with the lady at the Harlequin booth, Reka. And obviously we were both huge fans of Julie Kagawa and her books. There's just no way round talking about THE IRON FEY series if you are talking fabulous books. I'm also very excited for INVISIBILITY by Andrea Cremer and David Levithan. Planning to start it tomorrow right after uni. 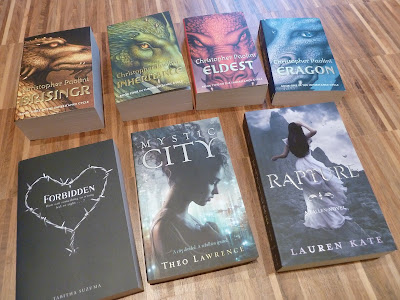 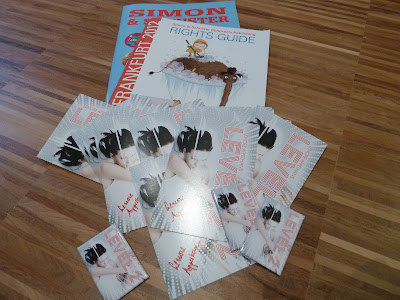 Then I had the absolute pleasure to meet fellow blogger & author of LEVEL TWO, Lenore Appelhans. We met at the Marie Lu signing and both got copies of LEGEND signed. Meeting them was probably my favourite part of day one at the Book Fair. They were just so lovely! Lenore gave me a bunch of signed LEVEL TWO postcards and magnets. Lenore, I honestly can't wait to read your book in 2013;)

Now's your chance to win one of three signed postcards of LEVEL TWO by Lenore Appelhans. Just enter the rafflecopter widget below:

* You enter for a chance to win one of three signed postcards of LEVEL TWO
* INTERNATIONAL
* The giveaway starts on October 14th and will end on October 21st * Enter the rafflecopter from!
* Good luck :)


I had the most fun time at Frankfurt this year and I can't wait for Frankfurt Book Fair 2013!! Expect some giveaways of books and more Level Two postcards and magnets soon.