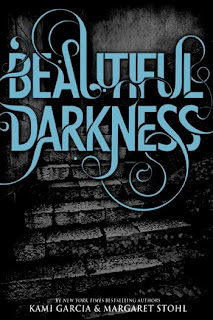 ~ The Authors ~
Writing has gotten Margaret Stohl in and out of trouble since she was 15 (back then, mostly just in trouble.) For 10 years, she designed &/or wrote for lots of video games, one of which was nominated for “Most Innovative Game Design,” but she lost to a rapping onion. If you know games you get why her two bad beagles are named Zelda and Kirby.
School: She spent more years in it than a person ever should, because let’s face it, reading books is so much better than having a job. She fell in love with American literature at Amherst and Yale, earned an MA in English from Stanford, and studied creative writing under the late great poet George MacBeth at the University of East Anglia, Norwich. She taught Intro to Film as a TA at Yale and Romantic Poetry as a TA at Stanford. Don’t tell the people at Yale but sometimes she taught the section before she’d seen the movie it was about...
She lives in Santa Monica, CA, with her family, most of whom were enslaved into working with her in one form or another on her forthcoming YA book for Little, Brown. She’s not kidding; when her daughters wanted to go to school she said “Why are you so selfish? Get back in there and edit,” and by said she means yelled and maybe threw things, it’s all a haze. She has a writing partner named Kami and she is why they ever get anything done. (Well, K and the daughter-slaves...)
And so they wrote a book this year, and it’s going to come out in lots and lots of countries in a few months. And she is really, really hoping there is no hot title about a rapping onion coming out at the same time.
Author profile by Goodreads
Kami Garcia grew up outside of Washington DC, but it always felt like she had one foot in the South. By the time she was thirteen, her family moved in with her grandmother and great-grandmother, and they had four generations of women living under the same roof - two born and bred in North Carolina. She grew up drinking sweet tea, eating vegetables cooked with a little bacon grease, and biscuits made from scratch.
She wasn’t exactly like either of them. She wore a lot of black, a lot of rings, and spent hours writing in her journals. By the time she graduated high school, she had probably filled a hundred of them and gotten her friends more than a few dates with her poems. That was the beginning of writing for her.

She has an MA in education, and taught in the DC area until she moved to Los Angeles ten years ago. In addition to writing YA fiction, she is a Reading Specialist and continues to teach and lead book groups for children and teens, part-time. She has learned more from her students than she ever learned in school. She still lives in LA, with her husband, son, and daughter.

Random Stuff: She’s very superstitious and has lots of charms. She loves disaster movies. And she could easily live on pizza and Diet Coke.
Author profile by Goodreads
For further information check out: http://beautifulcreaturesthebook.com/
~ The Novel ~
Beautiful Darkness was published in October 2010 and is the second novel in the Caster Chronicles, a planned quartet. Beautiful Creatures, the first novel, was released in December 2009.
~ The Story ~
Ethan Wate used to think of Gatlin, the small Southern town he had always called home, as a place where nothing ever changed. Then he met mysterious newcomer Lena Duchannes, who revealed a secret world that had been hidden in plain sight all along. A Gatlin that harbored ancient secrets beneath its moss-covered oaks and cracked sidewalks. A Gatlin where a curse has marked Lena's family of powerful supernaturals for generations. A Gatlin where impossible, magical, life-altering events happen.

Together they can face anything Gatlin throws at them, but after suffering a tragic loss, Lena starts to pull away, keeping secrets that test their relationship. And now that Ethan's eyes have been opened to the darker side of Gatlin, there's no going back. Haunted by strange visions only he can see, Ethan is pulled deeper into his town's tangled history and finds himself caught up in the dangerous network of underground passageways endlessly crisscrossing the South, where nothing is as it seems.
Summary by Goodreads
~ The Review ~
After the pleasing end of Beautiful Creatures I was eager to read Beautiful Darkness immediately to remain in the diverse Caster universe and don’t quit my quality time with Ethan yet. But I also feared the looming conflict between Lena and Ethan growing to a concrete, which is, as Beautiful Darkness is the second book in a quartet, almost inevitable to provide the structure of an overall suspense curve.
Where other novels exercise the obligatory separation of our couple by keeping them away from each other completely, Ethan and Lena still got a kind of psychical connection and are only physically separated. So the importance of Ethan and Lena’s psychical bond is once again accentuated. I am looking forward to learn more about their special connection in the next two books.
As in Beautiful Creatures, the story is told from Ethan Wate’s point of view whose character is as adorable and charming as in the first Caster Chronicles novel. There are very few male narrators in YA fantasy novels, because female authors often tend to apply female narrators I think.
Although Lena’s development and her decisions around becoming a light or dark Caster form the centre of the Caster Chronicles series, the story is told from Ethan’s point of view. In my opinion this choice of perspective is the best the authors could have applied, because experiencing Lena through the eyes of Ethan, and so someone who loves her and cares about her fate, establishes a very intense connection with her although she isn’t our narrator and supports the mysterious atmosphere of the whole story.
Interesting about Beautiful Darkness is, that we see the happenings through Ethan’s eyes, but are at the same time accomplice with Lena. Keeping a secret from Ethan almost broke my heart. In Beautiful Creatures there was a particular short chapter, told from Lena’s point of view and I haven’t read a novel before in which a single chapter of the first novel has such an enormous impact on its sequel.
The conflict grows slowly but steadily and the secrets kept accumulate into an adventurous race for life or death. Various plot strands build a delicately branched web of an unforeseeable suspense you can’t but get caught in. In the end there seem to be many secrets unsolved and still a gigantic potential left.
Not only main characters show major changes, secondary characters, too.
Characters being cold and resistant before finally show feelings, evil and cruel characters become even crueller. Also many new characters are introduced. Some are new allies, friendly and light, others are even darker than the already established Beautiful Creatures villains.
A satisfying sequel to Beautiful Creatures, full of all-consuming emotions, inevitable decisions and unforeseeable outcomings. Do you already feel the beautiful darkness creeping into your heart?
~ We love this book because… ~
1) you may get lost in a labyrinth of dark streets but will always be found by light
2) distances of hundreds of miles can be a matter of seconds when you are searching for love
3) we’ve already bought a stock of gold and green contact lenses
4) we are looking up at the night sky and hoping to encounter the sparkling beauty of another universe
5) Caster animals are man’s best friend
~ The Verdict ~
Again, a beautifully written novel by the talented casters Garcia and Stohl. They once again proof their talent to apply witty elements and develop an extensive storyline by creating an universe of a novel which is as huge and infinite as the Caster sky itself. And as many constellations there are to spot, there are just as many opportunities for exciting and new story elements, special abilities and characters.
New fantasy elements meet solid writing style- The Caster world fills the gap between werewolves and vampires, faeries and magicians and leaves an urgent need for more.
Posted by Miss Page-Turner at 4:50:00 PM